After taking you to the Rhine Valley and the Engadin region, we finish our series of posts about our road trip in Graubünden with center region of this canton, between the small towns of Davos and Thusis. When we think about the canton of Graubünden, the famous Rhine Gorge or the Engadin region usually come out first and we would not have necessarily thought about visiting this part of the canton. However, as it is often the case, we also had some very nice surprises in these less known areas that we will share with you in this blog post.

Note that we did not do all these visits in a row and they correspond to days 3, 6 and 7 of the road trip. To see our complete itinerary, you can read our post about this here.

The weather is not exactly good when we wake up in the morning of this 3rd day of road trip. Originally, we had planned a hike to the Jöri lakes (Jöriseen) which looked absolutely magnificent (if you want to have an idea, we let you have a look here). But unfortunately in this beginning of July, there is still a lot of snow on the trails at this altitude (the hike goes up to almost 2800m)… We already hesitated to go because of the snow, but with this weather we wouldn’t see anything anyway… No regret then! We save these lakes for the next time and we choose our plan B: the Alter Zügenweg (or old path of Zügen in English).

This hike is interesting for several reasons:

We leave the van at the parking of Davos Glaris station (free parking) to cross the Landwasser river and begin the hike on the right bank. The first 2 km of the hike are not the most interesting because we go along a track mainly. But we quickly reach the forest which overlooks the gorges of Zügen. The atmosphere is rather mystical with the clouds dancing in the valley. Moreover, the path which crosses the forest on a rather steep slope is really beautiful with some pretty waterfalls.

After about 6 kms, the path dives to the bottom of the gorge to reach a track which is in fact the old road that used to cross the gorge and that carriages used to take to go to Davos. All along this path, we can observe at several places the incredible constructions of the Rhaetian Railway… it is quite crazy to think that man has managed to make trains pass at the bottom of these gorges more than 100 years ago.

We pass in particular in front of the Bärentritt, name given to the place where the train goes out of a tunnel to pass on a bridge just above a waterfall… Really impressive! Then we carry on in the gorges to get to the Wiesen station and its impressive 200m long and 88m high viaduct. Note that for the pictures, it is rather nice to wait for the trains to pass on these constructions. You can easily find the timetable on the sbb website.

Note that if you have the legs for a longer hike, it is also possible to cross the Wiesen viaduct and then walk to the Landwasser viaduct (more about this later) and finish at the Filisur train station (blue line on the map below). This adds 9kms to the hike but you will have seen some of the most beautiful constructions of the Rhaetian Railway in one hike 😉 .

The Landwasser viaduct is clearly one of the symbols of the Graubünden canton and is the most famous viaduct along the Albula line of the Rhaetian Railway, a UNESCO World Heritage Site. The reason why these railways are so well known is that their construction was quite a challenge at the beginning of the 19th century (42 tunnels and 144 viaducts for the Albula line alone) and that they contributed to facilitate access to the central Alps. In addition, the stone architectural style fits in beautifully with the alpine landscape of Graubünden.

However, the Landwasser viaduct is neither the highest (65m), nor the longest (142m) of the viaducts along this line… it is perhaps the fact that it literally enters a tunnel dug in the middle of a cliff that makes it so famous. Anyway, if you don’t feel like doing the 20kms hike we suggested just before, you can simply stop at the viaduct parking lot and enjoy a little walk through the different viewpoints. It’s really worth it!

To help you, we have prepared below a small map with a route that passes through the different viewpoints from the parking lot.

6th day of our road trip in the Graubünden, we leave Engadin under a beautiful sun. We drive through the Julier pass (2284m) to go down towards the small village of Bivio. We were looking forward to this pass because while preparing the road trip we had seen very impressive pictures of the winding turns of the pass on Instagram. So of course the Julier pass is very nice and the road turns indeed a lot, but it happens that all these pictures were taken with drones and that from the ground well… we don’t have the same perspective! Anyway… drone pictures are impressive and it looks great on Instagram, but it’s a bit misleading 😉

Small curiosity also, in the village of Bivio is the highest coffee roastery of Europe. Bad luck for us, they are open every afternoon from Monday to Friday and we passed by Bivio on a Saturday. If you taste their coffee, tell us about it 😉

We then go on till the village of Sur, starting point of our hike of the day up to the Alp Flix. The high plateau of the Alp Flix is recognized for its biodiversity and its marsh landscapes are also protected. A rather pleasant point as well, in spite of the fact that we hiked there on a sunny Saturday, we crossed very few people and we had almost the place for ourselves.

We take the path which goes up just behind the church of the village. It climbs steeply on the 1st km but then we reach a small track that goes up more gently with nice views over the village and the Piz Platta (3392m).

We reach then the plateau by passing by the “Lai Neir” (black lake in English I imagine) which is precisely in the protected zone. We continue to reach the Flix lakes some hundreds of meters farther. This wonderful place lends itself particularly well to a small picnic or to a contemplative break (or even a small dive if you do not fear the cold water 😉 ).

Not far from the lakes, we reach a few houses where you will find a small self-service shop selling alpine products. It is something that we often find in the mountains in Switzerland (farmers who sell their products in a small room accessible to everyone in front of their farm) and that we love… It’s just great to see that a system “based on trust” can still work. We didn’t hesitate a second to buy some alp cheese for the end of the road trip!

From there, it is possible to continue a little further to reach a small bar for a drink… And if not, you can go back down to the village of Sur by taking the path along the river.

from Thusis to the Viamala gorge

It is already time to complete the loop and we end this road trip in Graubünden with a last stop in the small town of Thusis to explore the Viamala gorges (which means “bad way” in Romansh). These gorges, which can reach 300m in some places, were carved out by the Hinterrhein (as opposed to the Anterior Rhine, which meets just before the town of Chur). In the past, they were the main obstacle on an important trade route over the Splügen Pass, linking Thusis to Chiavenna in northern Italy.

In order to better imagine what the mule drivers of the time felt while crossing these gorges, we decided to follow a small part of the Via Spluga (a historical-cultural hiking itinerary that connects Thusis to Chiavenna) up to the Viamala Gorge.

We begin this hike with a slight mistake because we decided to take a very steep path to go up directly to the castle of Hohen Rätien… But what we had not seen is that there was a less direct way which passed by another castle, that of Ehrenfels. In short, we put you the itinerary which passes by the two castles in the map below, so that you don’t do the same. There is a small entrance fee of 5chfs, but the view from the top of the tower of the Hohen Rätien castle is really worth it.

From the castle, we follow a path that goes along high cliffs above the Hinter Rhine. This path is really nice in the forest with impressive views on the gorges and the river (and its magnificent turquoise color) a few hundred meters below. After 6kms of hiking, we also take an impressive descending footbridge that marks the entrance to the Beverin nature park (in which we were already at the Alp Flix).

After 8kms of hiking, we reach the road just at the entrance to the Viamala Gorge. Here you can go down long stairs to the bottom of the gorge (6chfs the entrance) and admire the impressive cliffs shaped by the Hinterrhein during thousands of years. A nice reward after this hike! And if, like us, you don’t have the courage to come back walking, there is a bus stop just at the entrance of the gorge which will allow you to come back to Thusis by bus (we recommend you to plan your hike according to the bus schedule since there are not many buses per day)

This is our last article about this Road Trip in Graubünden and we hope we made you discover some nice places. One thing is for sure, whether you are a nature lover or a road trip fan, you will enjoy the vanlife in the Grisons. Driving on these winding roads and passing some of the highest passes in the Alps is a great feeling… and what about the endless hiking possibilities in this region. A trip to the heart of Swiss alpine traditions that we will not forget.

Note: This road trip was organized in collaboration with Graubünden Tourism. We warmly thank Thalia for her trust and her precious tips. During this trip, we were given total freedom to organize / choose our itinerary as well as our accommodations and activities. Moreover, nobody knew that we had a travel blog. 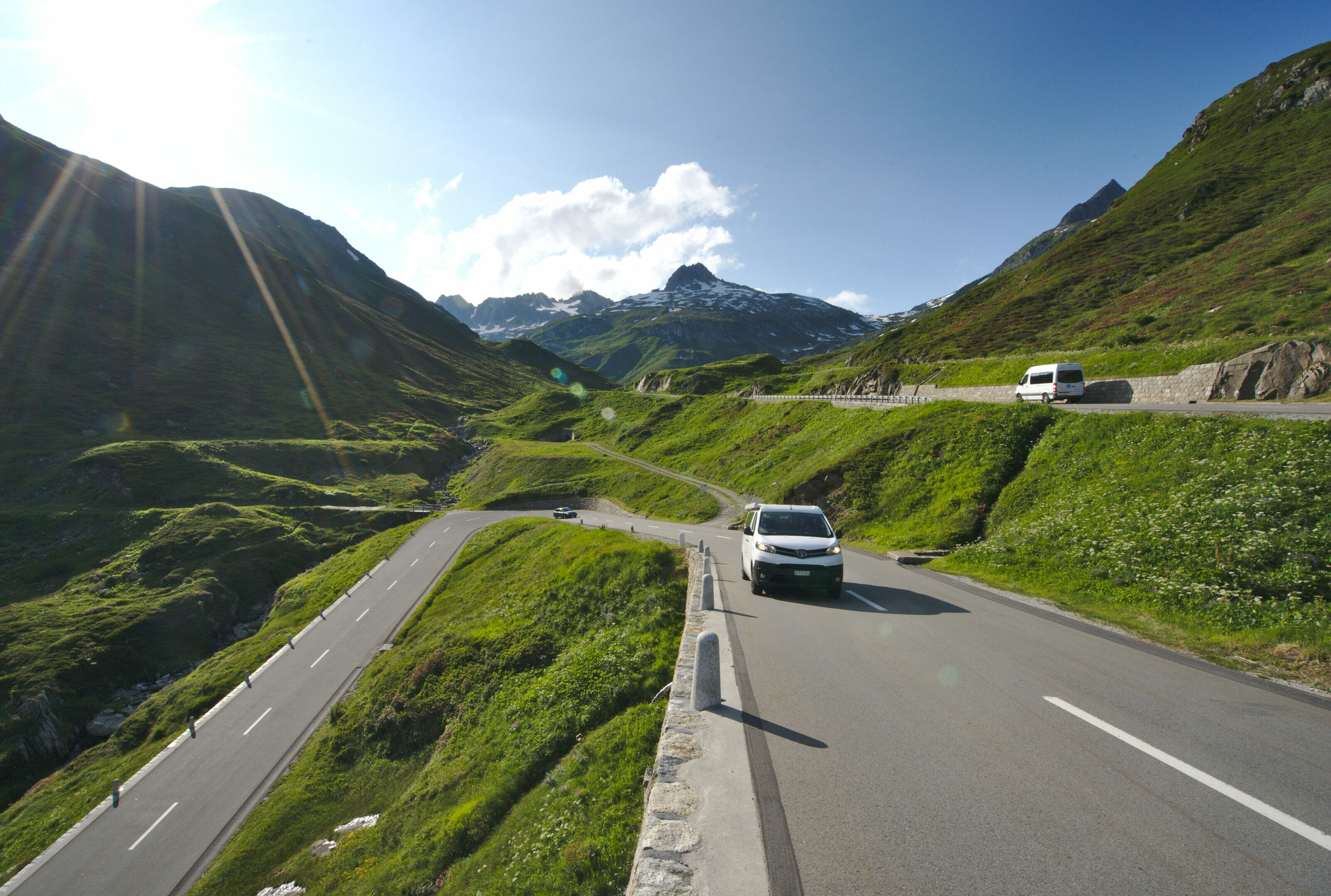 From the source to the Rhine Gorge, via the Caumasee and the Safiental 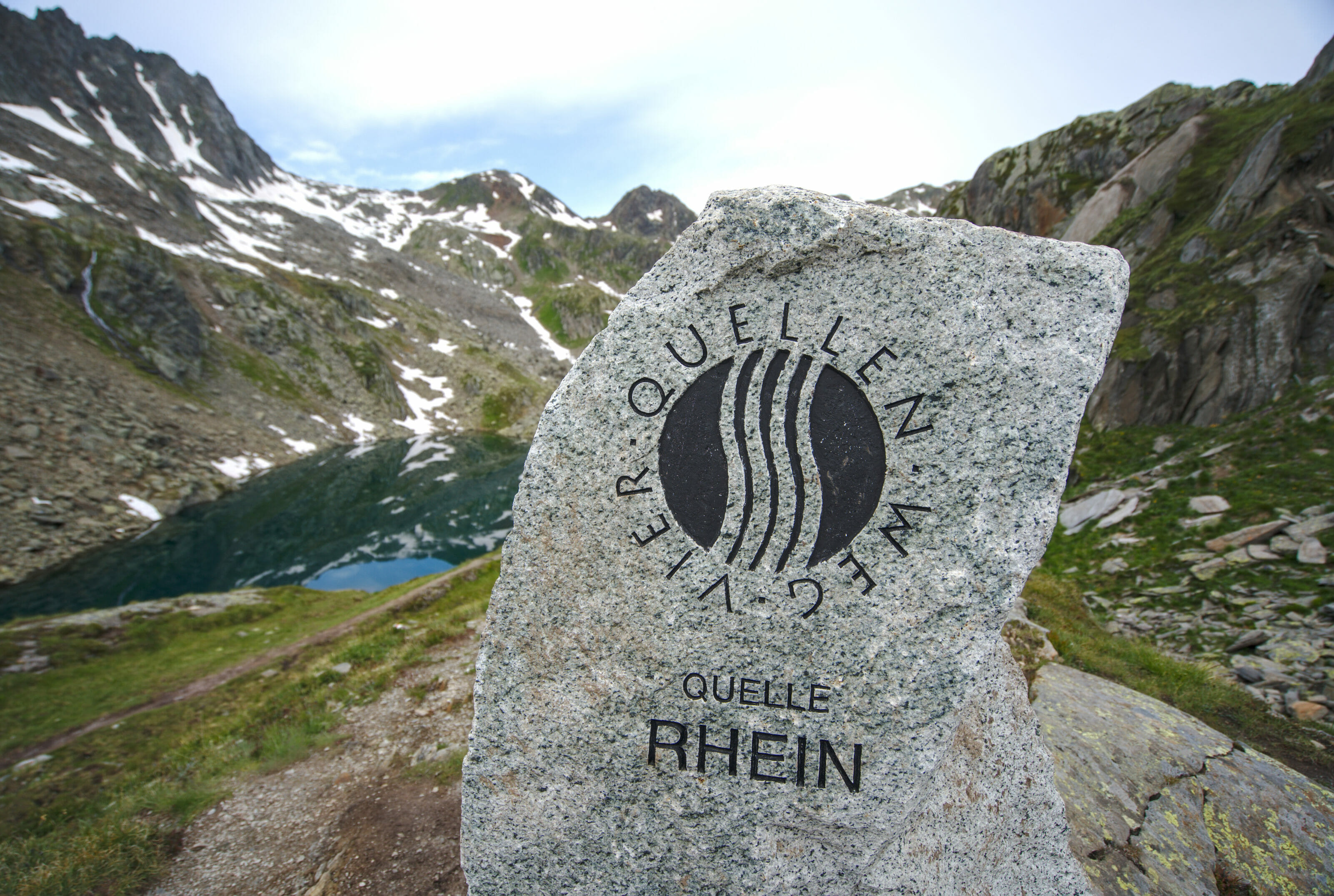 Our favorites in Engadin and in the Swiss National Park