Our full guide to plan your trip to Andalusia

Welcome to our page dedicated to Andalusia! After a first (quick) stay in the region in 2019 where we visited a friend who lives in Malaga, we came back to the region during the winter of 2021-2022. This time we decided to stay longer and do a big road trip in Andalusia.

Andalusia is a very popular destination for travelers and cities like Sevilla, Granada or Malaga are often praised for their relaxed lifestyle and the many things to see and do. Far be it from us to discourage you from visiting these cities (on the contrary), but through our articles we will focus more on the more natural and wild side of Andalusia.

Andalusia Map: all our blog posts at one glance

At the end of this page you will find all our blog posts about Andalusia in their chronological order. If you prefer to find your way around on a map, simply click on the button below to display our map of Andalusia with our articles on it.

Coming to Andalusia and getting around

Andalusia is the southernmost region of Spain and therefore, theoretically, the furthest from France or Switzerland. Nevertheless, it must be said that it remains very easily accessible. As for us, we had the time and so we went down by van from Switzerland (taking our time, especially by doing a nice road trip in Catalonia on the way) ;)

Afterwards, if you have less time or if the road seems a bit long, there are obviously other alternatives. The plane is one of them. You can easily find flights to Sevilla, Malaga or Granada for a very reasonable budget. You can compare prices on Skyscanner to see.

Then, as an alternative, there are also trains! Fast trains are very well developed in Spain and there is even a night train line from Paris to Seville.

Once there I would say that there are 2 ways of doing things:

Afterwards, if you make a mix, nothing prevents you from renting a car several times for a few days and staying without a vehicle for the days you are in the cities. For example, if you go to Málaga, explore the center on foot and then rent a car for 2-3 days to easily get to the Caminito del Rey, Nerja, Frigliana, Comares or the Torcal de Antequera. Then, if you take the train to Granada, you can always rent another car 1-2 days to go to Guadix or the Sierra Nevada.

Best time to travel to Andalusia

To be honest, Andalusia is a region that can be visited (almost) all year round. We have been there twice, and each time it was between December and February. These months are considered to be the "less good" ones from a tourist point of view but to tell you the truth, we really enjoyed these months: the accommodations are cheaper, there are far less people everywhere and the temperatures are mild.

Of course, if your project is to swim, then it might be better to aim for September-October or May-June... After that, it should be noted that in winter the temperatures vary greatly depending on the region. While it can snow/freeze in the Sierra Nevada mountains or even in Ronda or Guadix in January, the coast is generally much more temperate (15-20°C during the day and 10°C at night).

July and August are, as in many places, the high season. Personally, these are precisely the 2 months of the year that I would avoid in Andalusia. Besides the crowds, personally it is mainly the temperatures that make me say that. Andalusia is a dry region and during the summer the thermometer often exceeds 40°C!

How much time should I plan for my road trip?

For the duration of the stay I think that there is not really a limit... We spent more than 2 months in Andalusia and we are still far from having seen everything there is to see. ;) But my advice would clearly be to prefer stays of one week (to visit a part of the region) to 2-3 weeks for a more global tour. The distances are, after all, quite big and it would seem to me very optimistic to want to see Seville, Granada, Cabo de Gata, Ronda and Malaga in a single week.

In all, Andalusia has 8 provinces: Huelva, Sevilla, Cadiz, Malaga, Granada, Jaen, Cordoba and Almeria. It is difficult to make a general rule, but in order not to be in too much of a hurry, we would recommend spending at least 4-5 days per province. 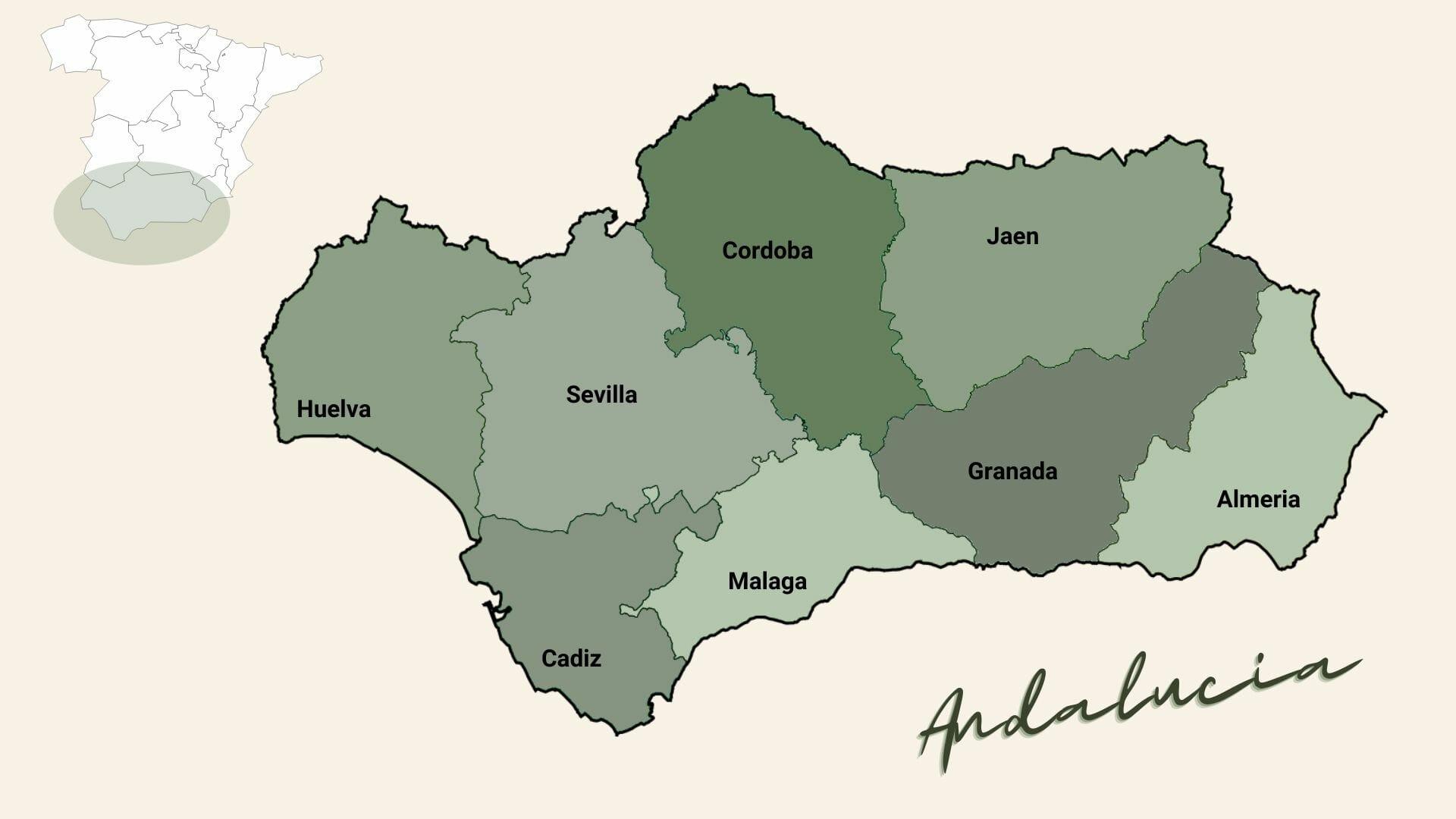 From a tourist point of view, all the provinces have their strong points and attractions, although often, for a first trip, people tend to favor Sevilla, Granada, Cadiz and Malaga.

Activities and sightseeing in Andalusia

Whether you decide to go to a big city or to the coast, there are plenty of activities you can do: museums, exhibitions, kayaking trips, guided tours or the free walking tours we like so much ;) To find and book an activity we recommend, as usual, to have a look at the websites GetyourGuide and Civitatis. However, for Andalusia and Spain in general we have a soft spot for Civitatis. The company is Spanish and they have by far the largest selection of activities in the region (the Spaniards use it a lot too, much more than in other countries actually).

See the tours in Andalusia on Civitatis 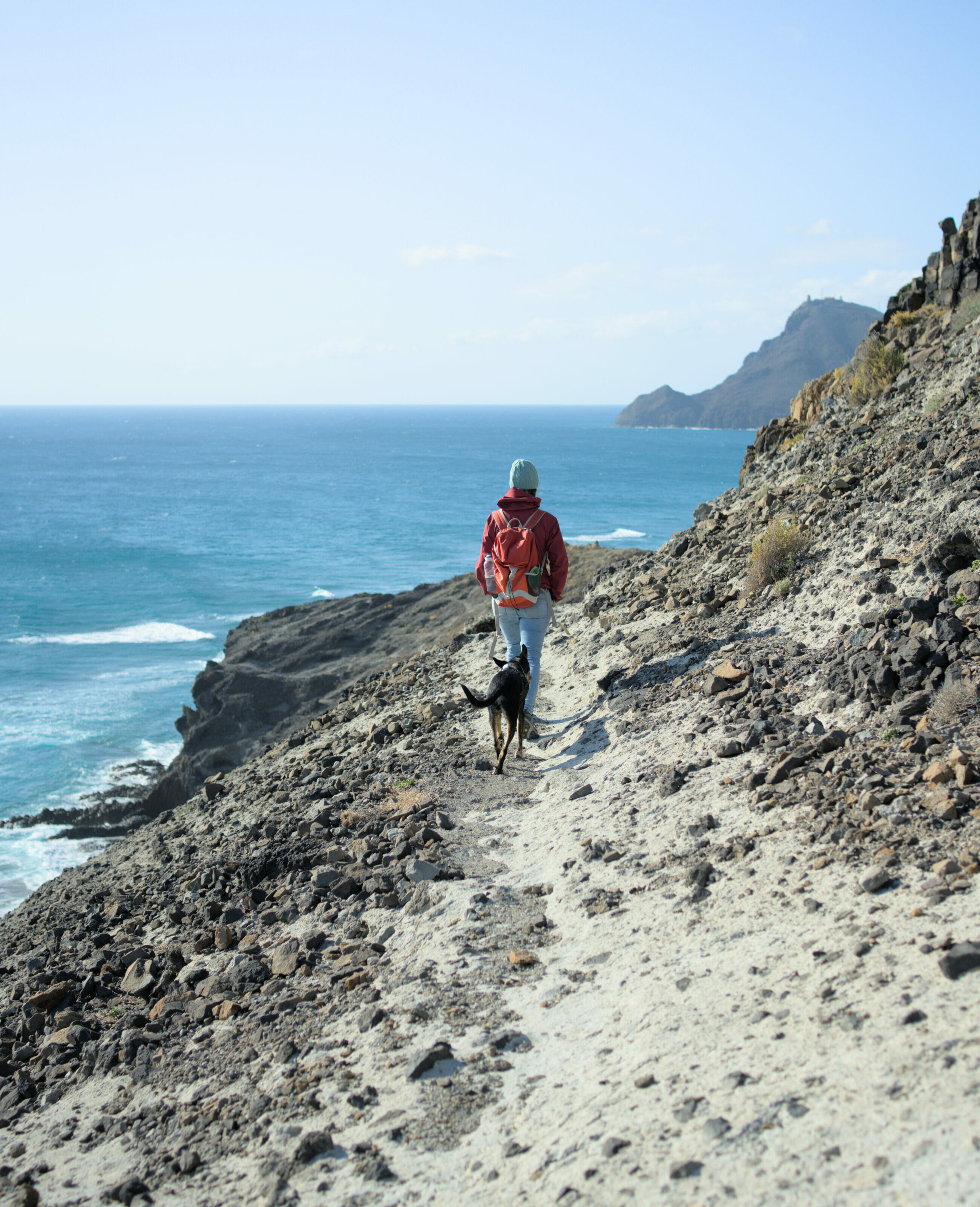 As often, the budget is a question of taste and expectations in terms of comfort, but overall the region of Andalusia remains a cheap region to travel in Europe. We will certainly publish a detailed budget of our road trip at the end of our stay, but to give you an idea we currently spend about 25€ per day per person. For information: we travel with our own van and alternate nights in "wild camps", campsites but we also regularly rent apartments. So the budget includes: our accommodation, our gasoline and food (some restaurants but also a lot of home cooking with shopping in supermarkets and markets).

Update: Our detailed travel budget for Andalusia is live. You can read it here

In order for you to better estimate your budget on site, here are some budget estimates: 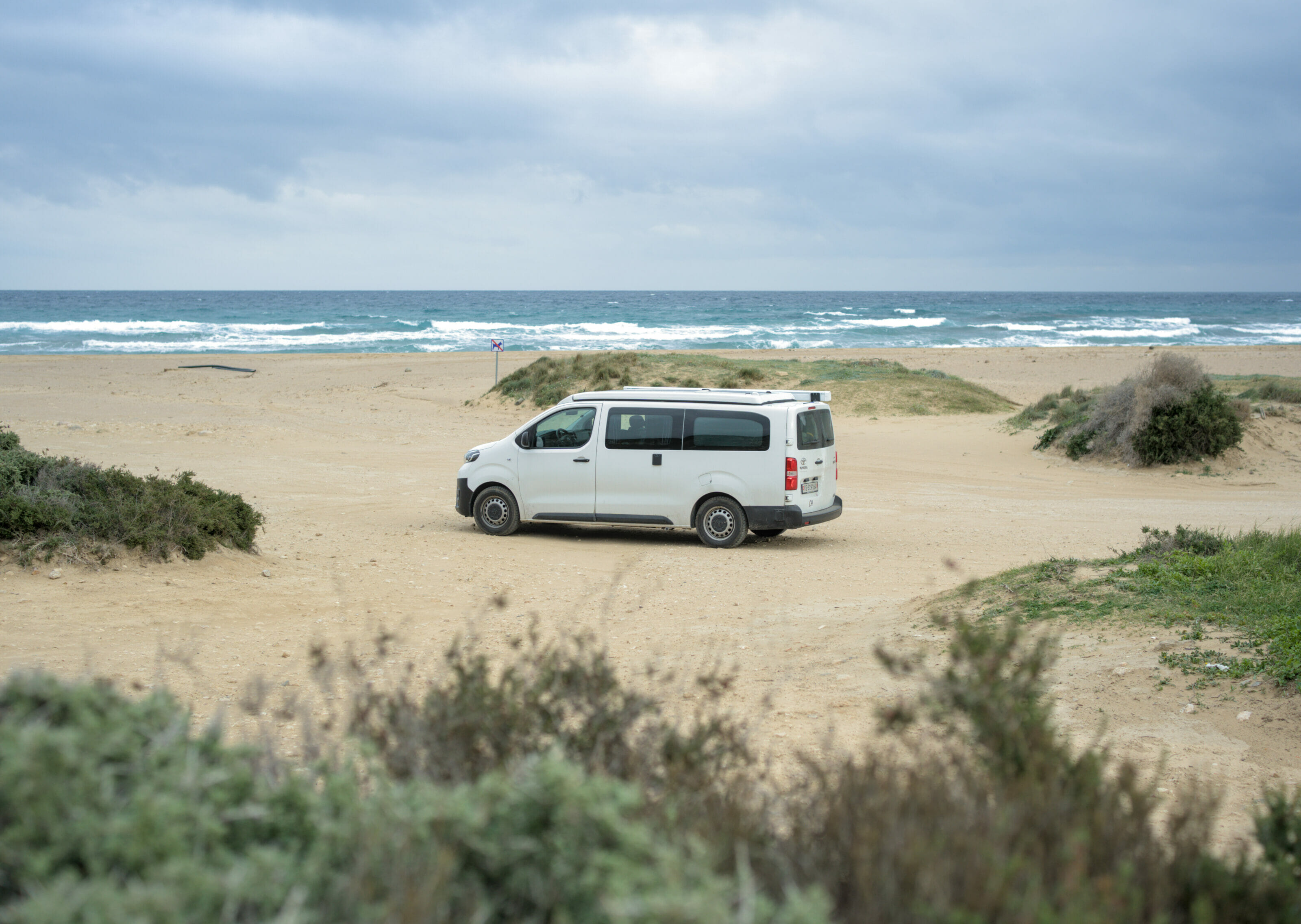 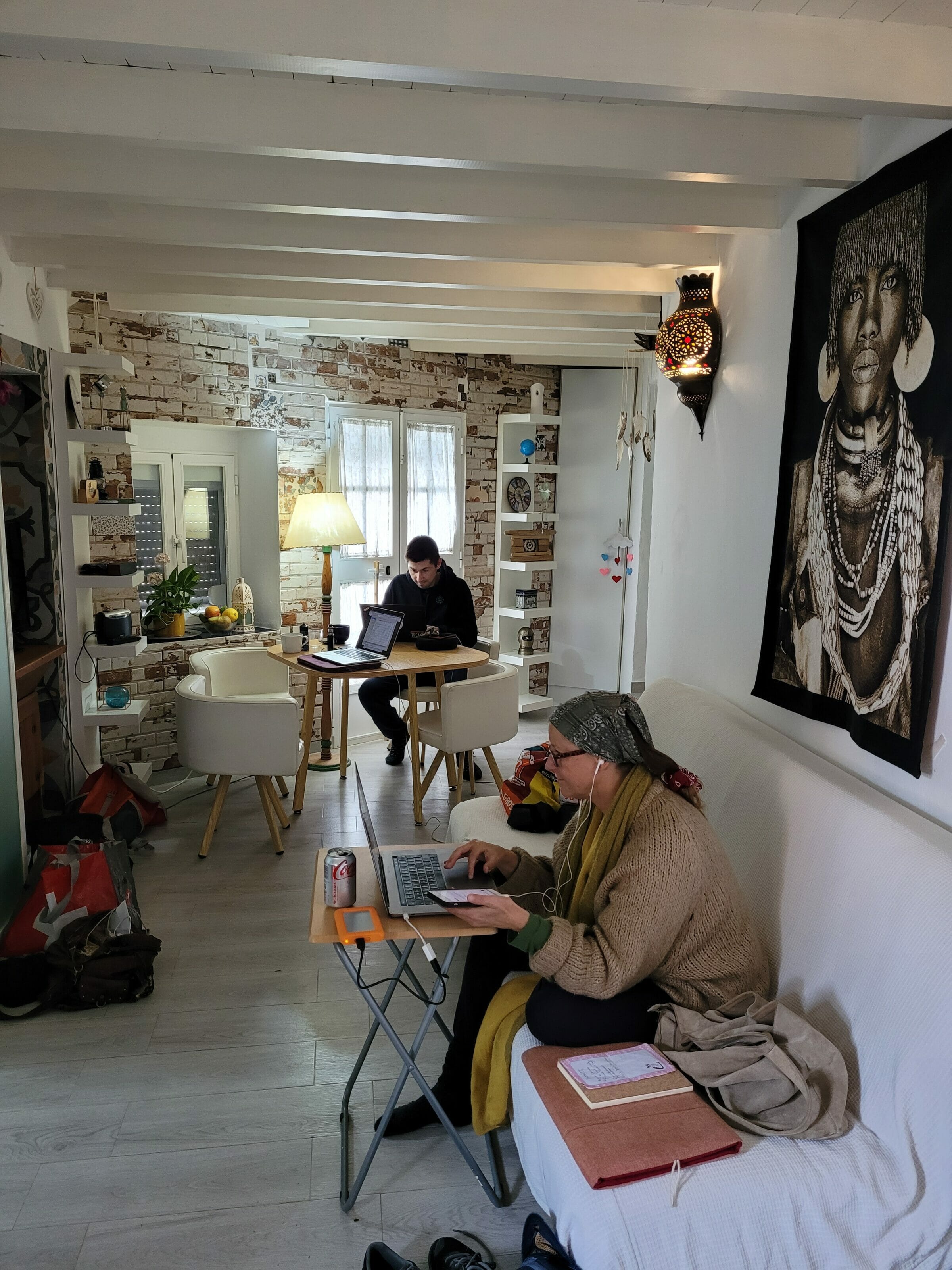 Well, this time I think we've told you everything! Find below all our articles written about Andalusia in chronological order (the most recent first).

Note: This page contains affiliate links. By using our links to book your accommodation, car or activity, you obviously don't pay anything extra, but we will get a small commission. This helps us to continue to provide you with independent articles.

andalusia: all our blog posts 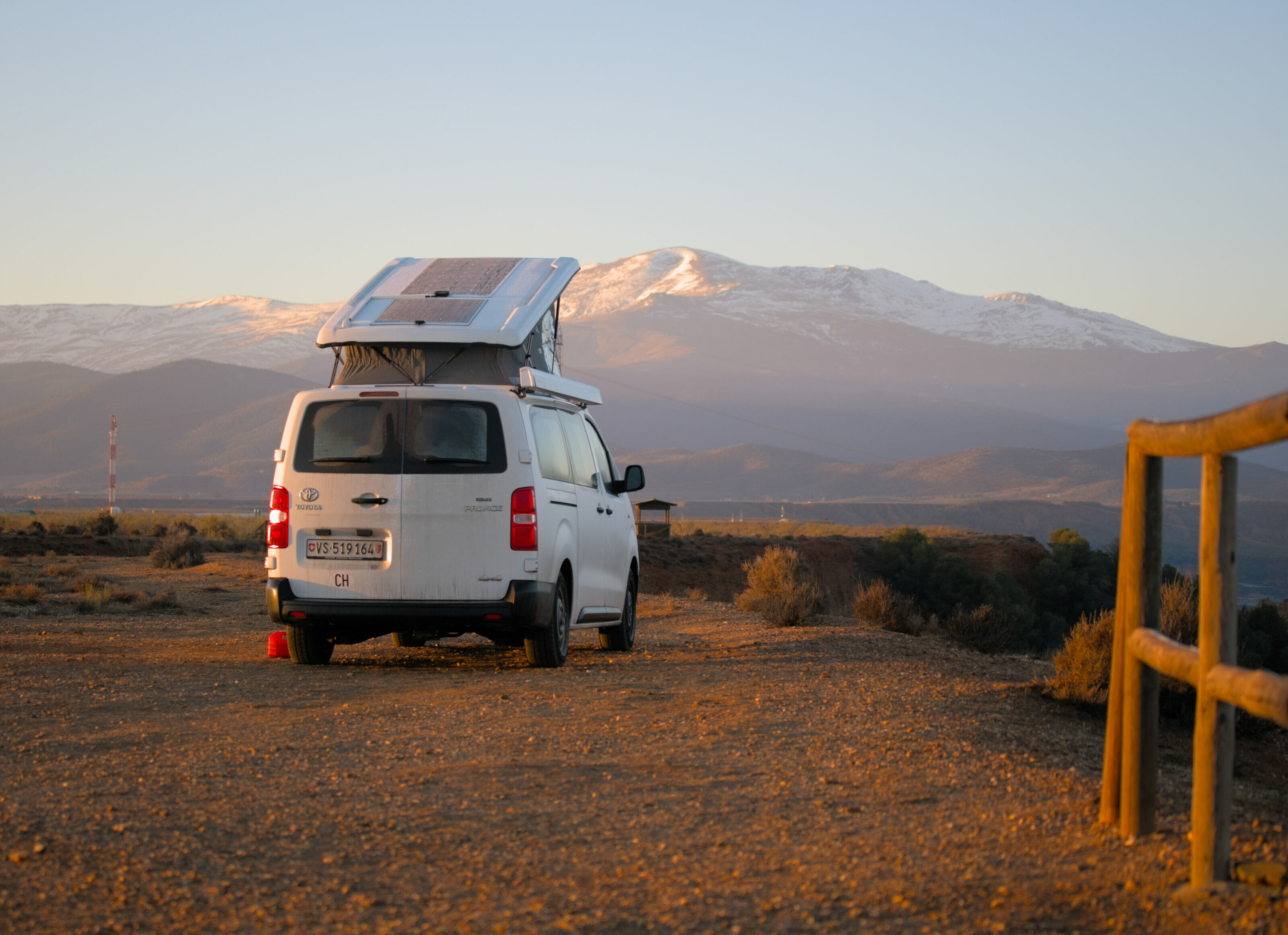 10 weeks of road trip in Andalusia: it's time to take a look at our travel budget and to review of our adventure. Budget, itinerary and favorites: we tell you everything 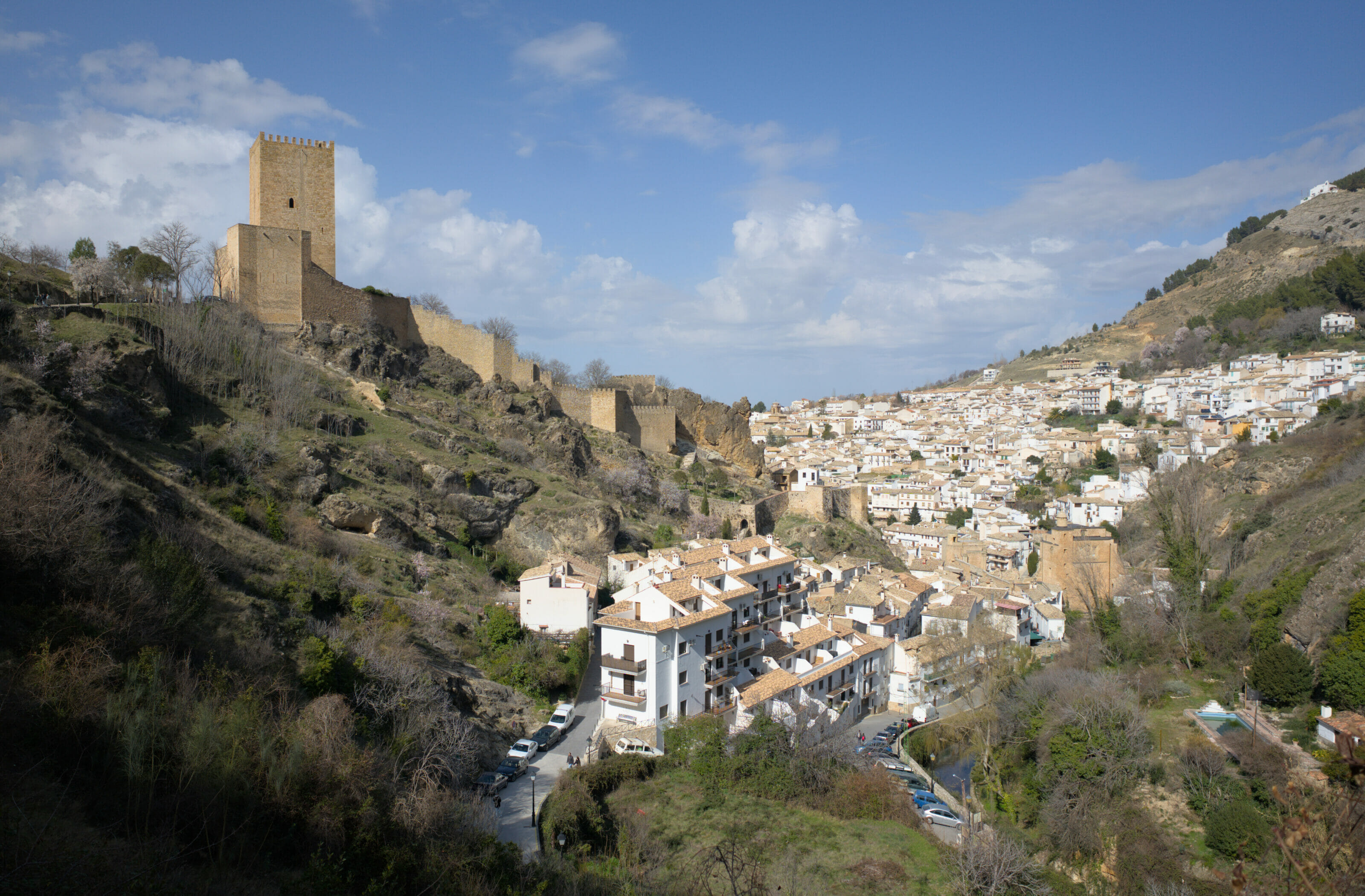 The Sierra de Cazorla is the largest protected natural area in Spain. We take you for some hikes in this magnificent nature paradise!

Our big favorite in Andalusia! Spectacular desert landscapes, cave houses, dolmen... not to be missed under any circumstances 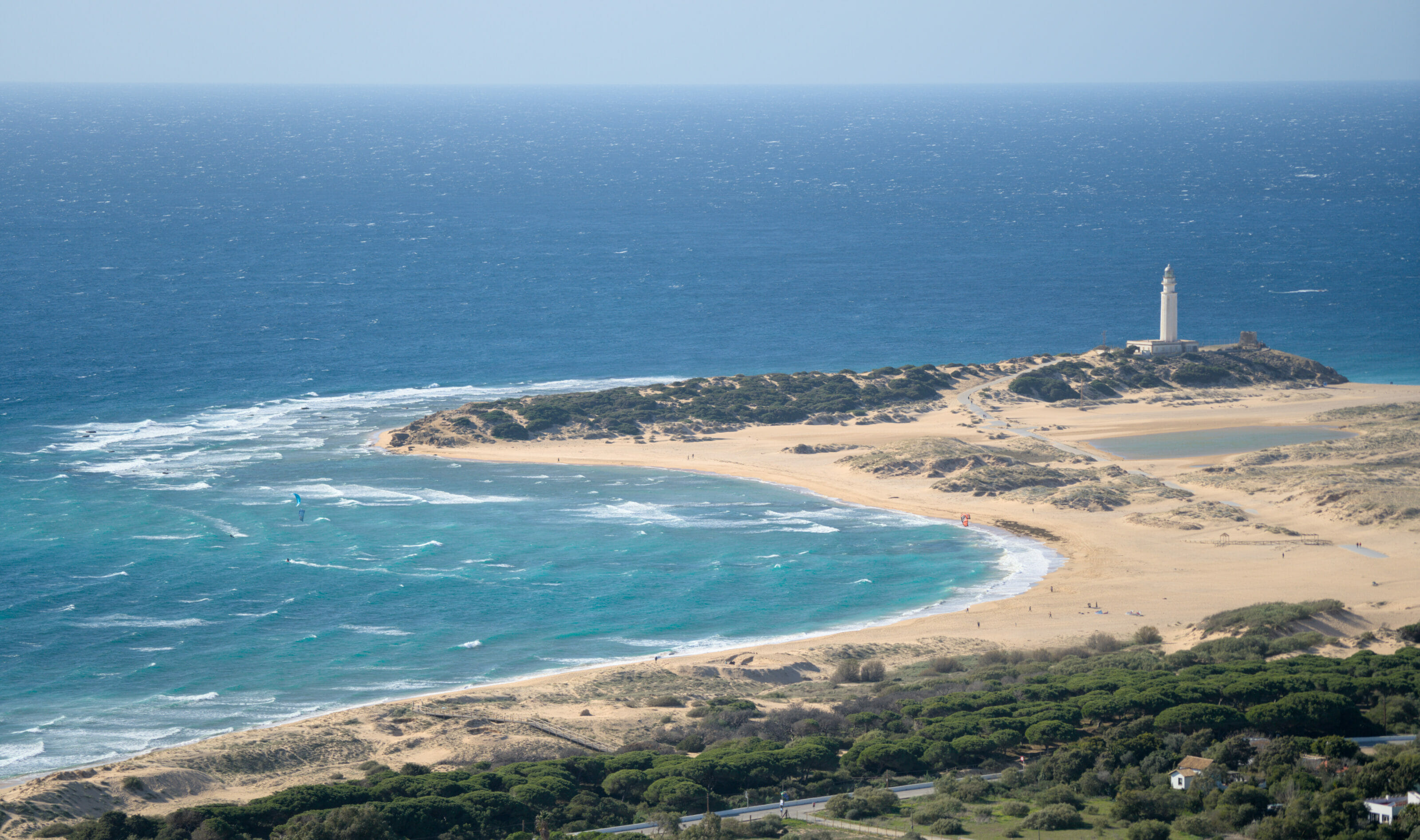 Let's head for the south of Spain and more particularly the southern tip of Andalusia. In this article we take you for short hikes along the coast and in the natural park of los Arconocales. 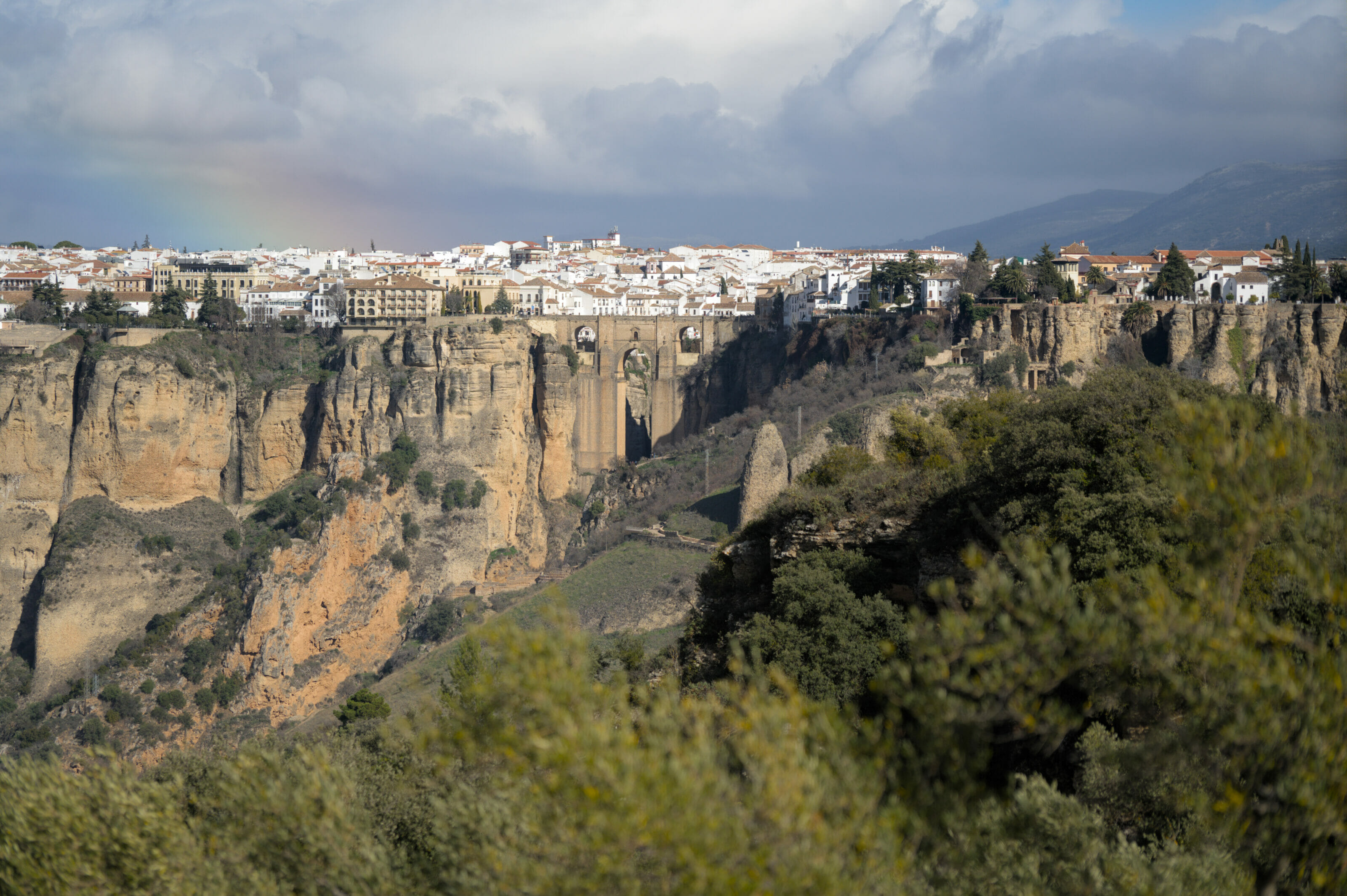 After spending a week in Ronda, we share with you this small guide of our highlights in and around the city of Ronda 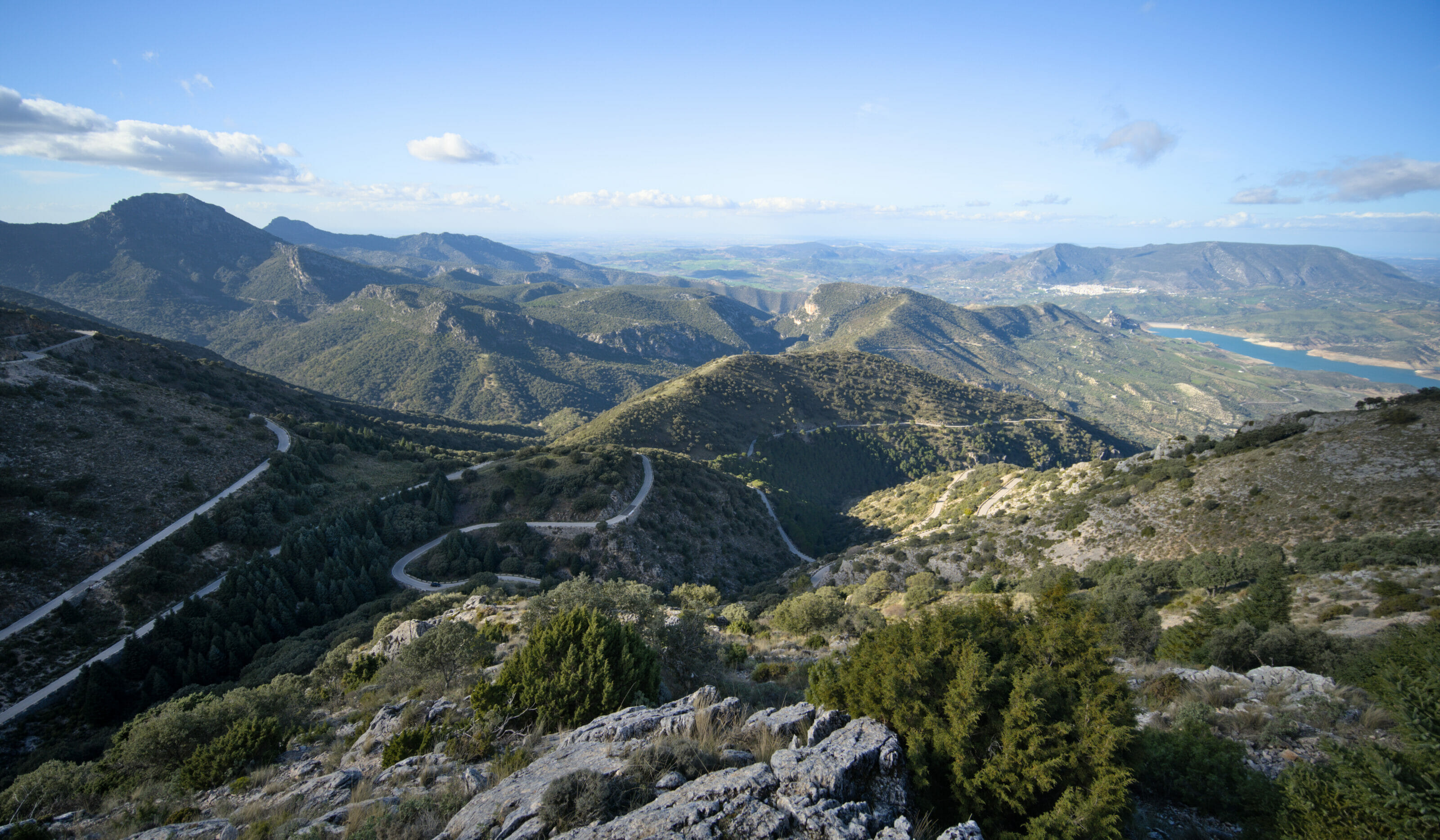 The Sierra de Grazalema is a small paradise for nature lovers and hikers: we take you to our selection of the most beautiful hikes to do in the park. 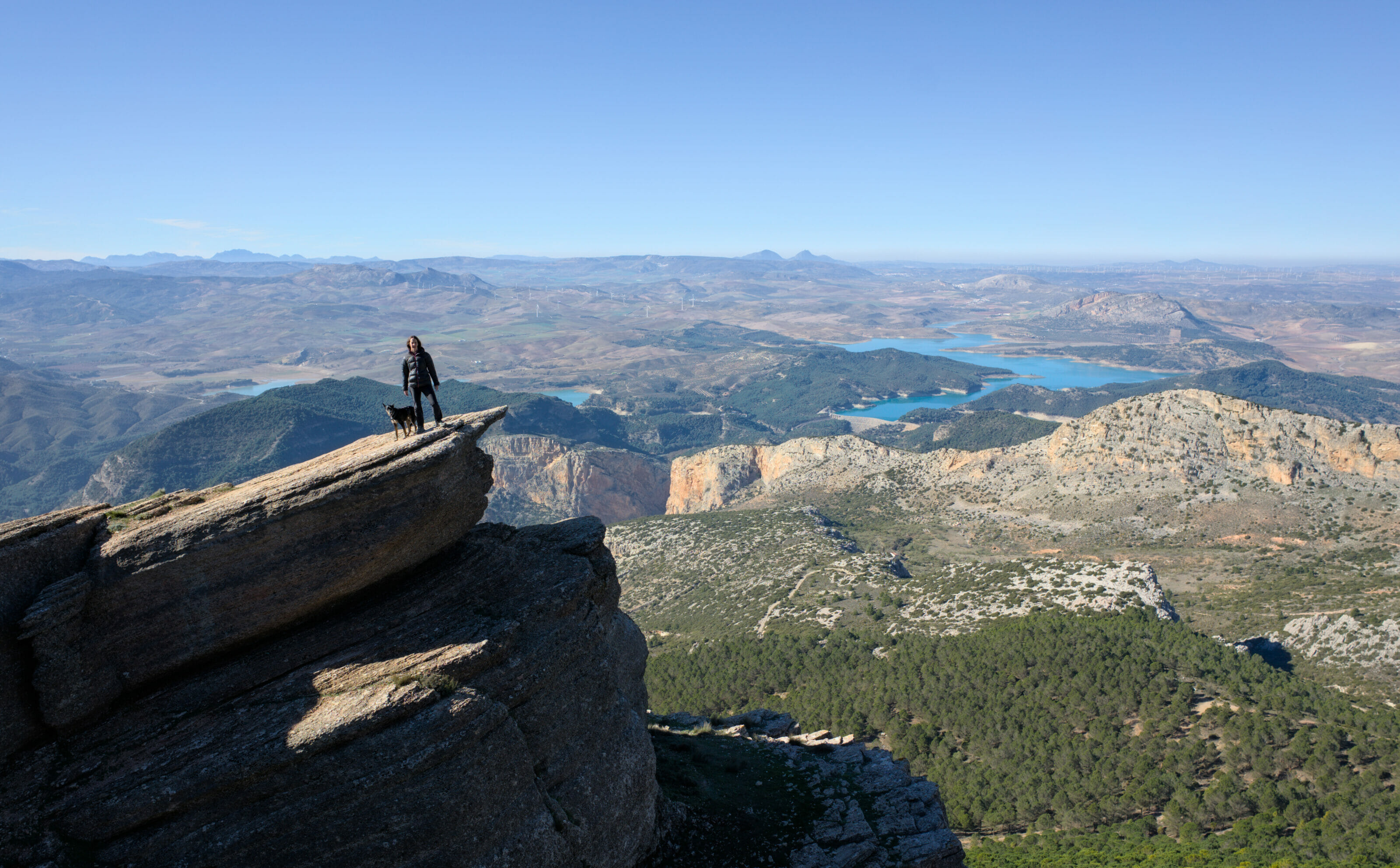 The area around Caminito del Rey is a little paradise for hiking! We suggest 3 routes to take a little height! 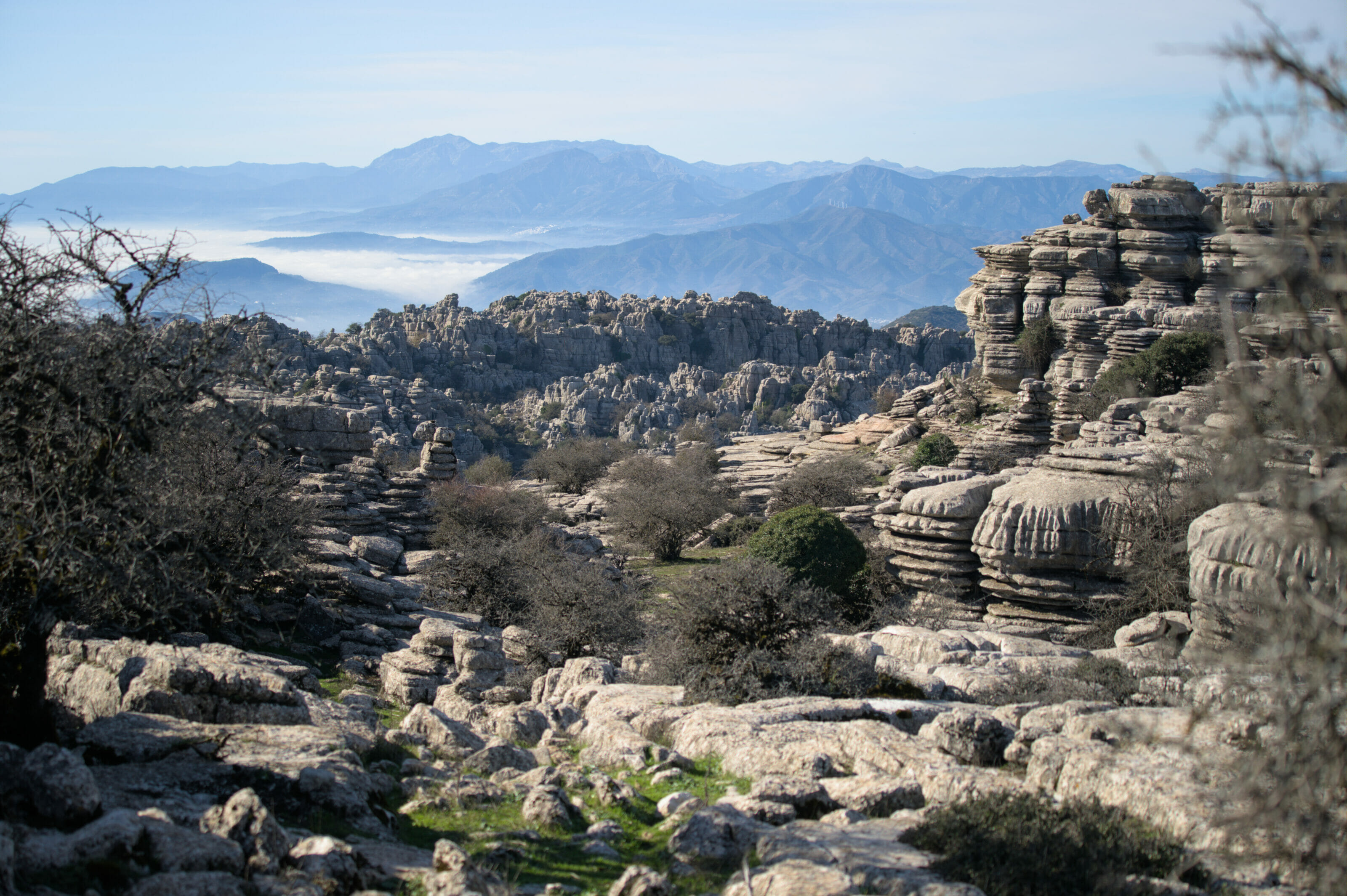 El Torcal de Antequera is a natural park north of Málaga that is worth a visit! We take you on a hike through these karst landscapes.