I’ve been longing to go up to the Chalin shelter (2595m) which is literally located at the foot of the Cime de l’Est (3178m) of the Dents du Midi. I had seen a lot of pictures on the web of the magnificent Dardeu ridge that leads to the shelter… or of a friend who was nicely teasing us by eating a fondue in front of the hut at sunset with a view to die for on the Geneva lake, the Chablais plain and all the surrounding summits 😉

So when a friend suggested me to climb the tête de Chalin (summit on which the Chalin shelter is located) one morning in a sporty spirit, I said yes immediately. Too bad for the fondue at sunset, I will unfortunately have to go back up another time with Fabienne to sleep in the hut and fill this unforgivable gap 😉 #ToughLife

We park early in the morning on the big car park in front of the Chindonne mountain lodge (accessible easily by car on a paved road)… Besides, if you come to hike in the area, I recommend you to calculate your timing to stop eating at the restaurant (after the hike it goes without saying 😉 ). Since 2019, a young couple has taken over the place and offers a delicious American inspired cuisine with great burgers (veggie or not), ribs and mountain specialties etc… tested and approved! (the menu of the restaurant is here).

We immediately start the ascent towards the Dent de Valerette by following the path behind the restaurant. For the Chalin shelter, the tone is immediately given because we pass next to a nice “white-blue-white” signposting which indicates that it is an alpine hiking route. Don’t worry for the warm-up, the part going up to Valerette is not considered as alpine but the path that goes up to the Dent de Valère and then continues on the Dardeu ridge to the Chalin refuge is.

1,5kms and 400m higher, we already reach the summit of the Dent de Valerette marked by a pretty cross. This morning, the panorama on the Rhone plain and the Chablais is still a little blocked but we will have perhaps more luck on the way down. We also take our time to visit the new Valerette shelter, which was renovated in 2015 and which offers a magnificent view on the rest of our hike (Dent de Valère, Dardeu ridge, Chalin and Dents du Midi) when the weather is clear.

Now the serious stuff really starts! We first go along the ridge which brings us under the Dent de Valère that we decide to skip on the way up (we will pass by this summit on the way down). But even if we take the less direct way, it’s quiet steep already!

After having bypassed the Dent de Valère, we reach the splendid Dardeu ridge with our goal in sight at the top of the tête de Chalin. We are lucky because the sun is piercing the clouds which are as blocked by the ridge on the left side. As the path is not so difficult, we enjoy this spectacle while continuing our way along the ridge towards the Chalin shelter and the Cime de l’Est.

We finally start the most difficult and steepest part of the climb to reach the Chalin refuge. It is certainly for this section that the path is graded T4 on the hiking grading system of the Swiss alpine club. Personally, I found it rather easy T4 because it is certainly very steep but the path is still well marked, it is not really vertiginous and I never needed to help myself with my hands during the whole climb. To compare with another variation of the Dents du Midi tour, I found it less difficult than the Haute Cime climb for example.

Of course this is a very personal opinion and I let you make your own judgement by looking at the pictures below:

The Chalin shelter, at the base of Cime de l’Est

After 6kms and a good ascent of 1000m of d+, we finally get in front of the Chalin shelter which proudly stands under the Cime de l’Est. Inside, a small wood stove, a table, some kitchen equipment and a dormitory with room for 8 people. The refuge is obviously not staffed, but if you want to spend the night there, you can leave the money for your overnight stay in a yellow box (prices are indicated here). It won’t be for this time but frankly, I really want to go back up one night for a little fondue with a view 😉

As for the panorama, this time the surrounding summits are hidden in the clouds but on an open day you can see the 4000m of the Valais like the Grand Combin, the Matterhorn…, on the Vaud side you can see the Diablerets range, the Muverans, the Dent de Morcle and of course the whole Rhone plain up to the Geneva lake. When I tell you that it must be nice at sunset!

The Dent de Valère on the way down

It’s already time to go back down! We follow the same path as on the way up, following the spectacular ridge of Dardeu. The clouds are still blocked on the right of the ridge which is rather photogenic. After the steepest part, we arrive in front of the Dent de Valère that we decide to hike this time. Arriving from this side, we are already almost at the top!

The descent from the Dent de Valère in direction of Valerette is also rather steep but the path is well marked and doesn’t really have difficulties. While going down, we have also the chance to observe ptarmigan (that I did not manage to photograph) and a group of vultures which hovered above us lol 😉 .

If you go up to the Chalin refuge as a variation on your tour des the Dents du Midi, it is possible to go back down directly into the Chalin cirque by turning left just before the dent de Valère (on the way down). You will then join the trails of the tour to continue towards the signal de Soi.

Instead of going back down to Chindonne by Valerette, we prefer to turn left after descending the Dent de Valère to slowly reach tour des Dents du Midi trail. On our left, the plain of the Rhone finally clears to let us see the lake of Geneva. We will finish this beautiful day with a good beer from the 7peaks brewery on the terrace of the Chindonne restaurant! #WhatElse 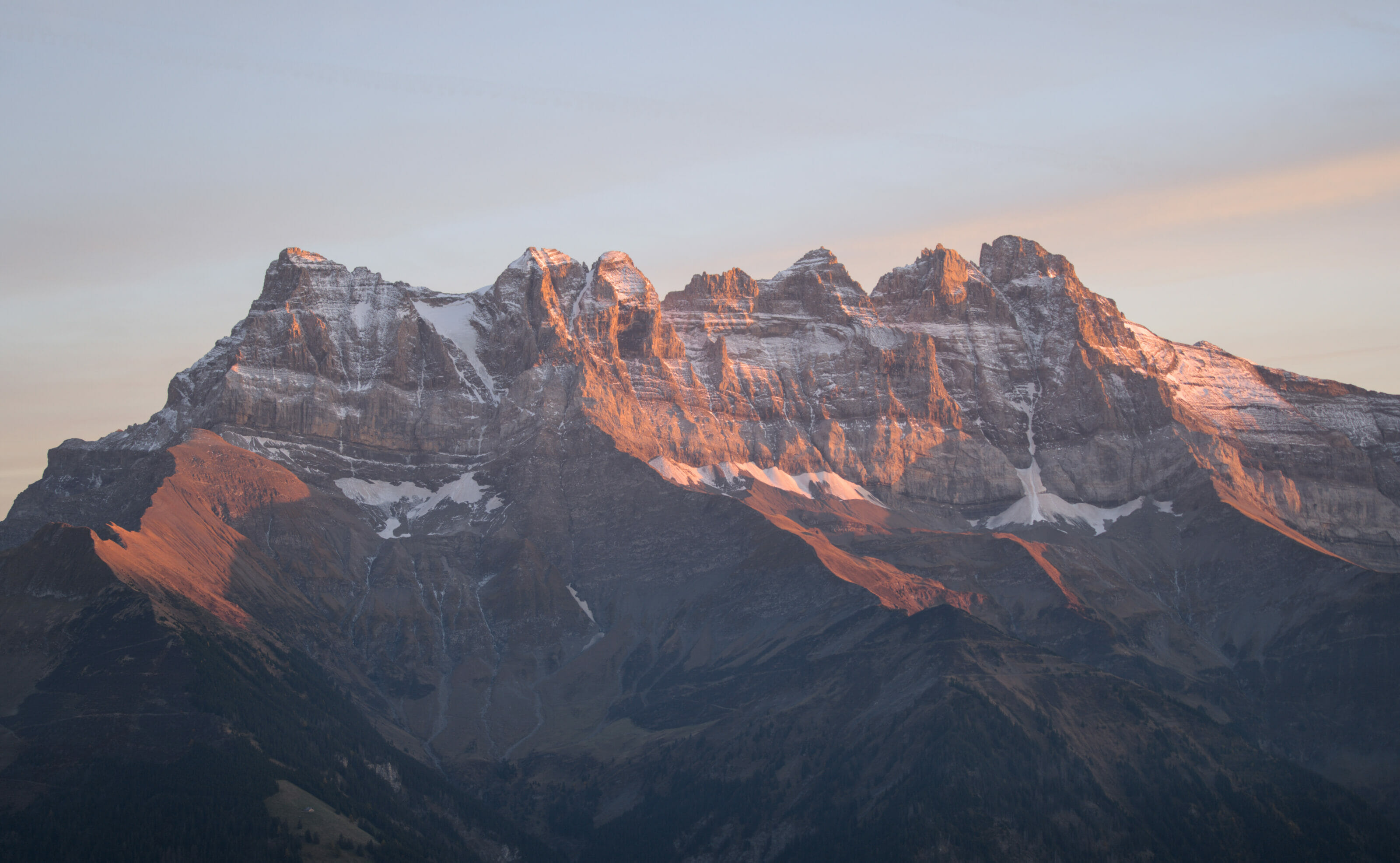 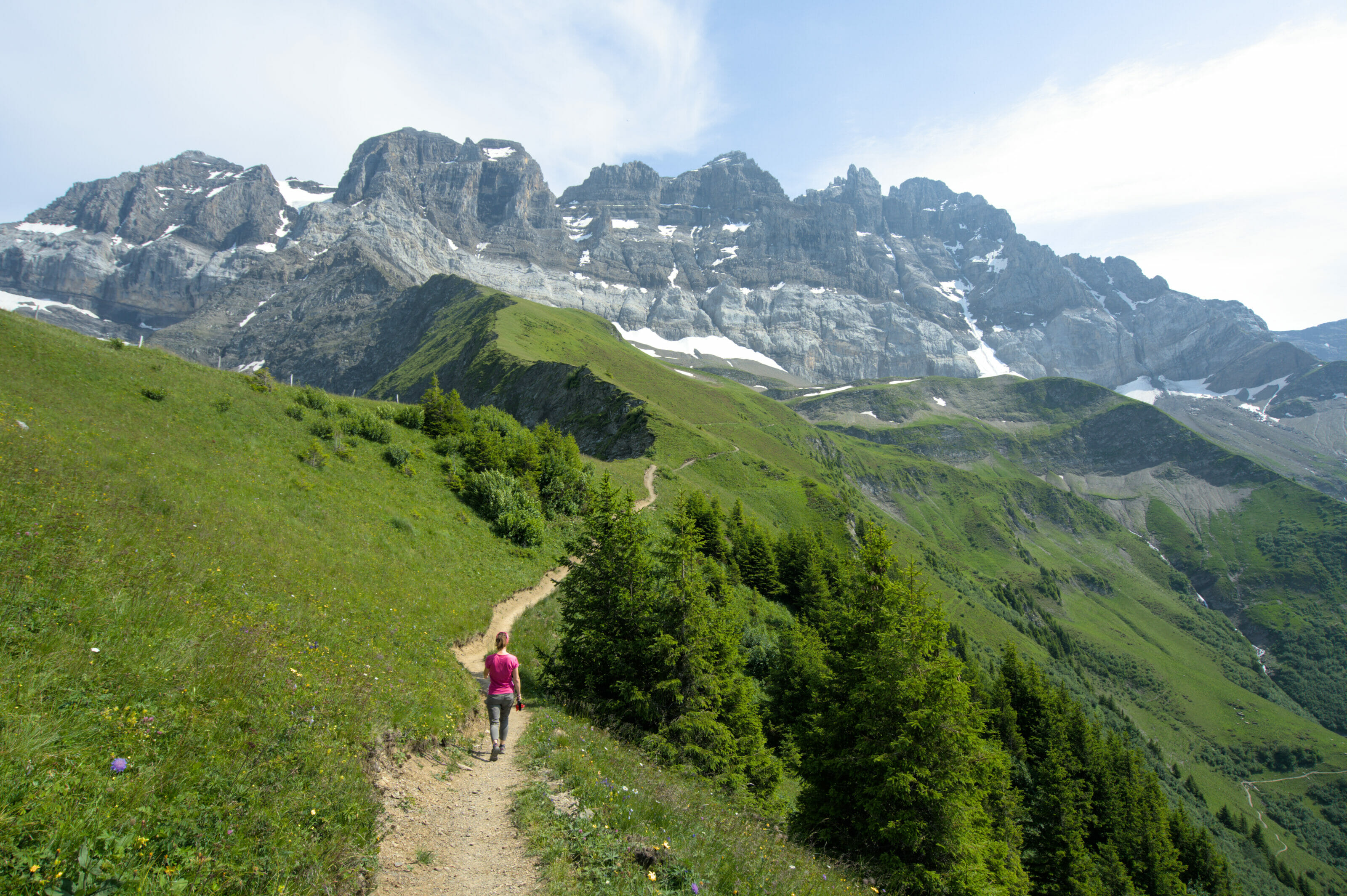 Climbing the Haute Cime of the Dents du Midi (3257m) 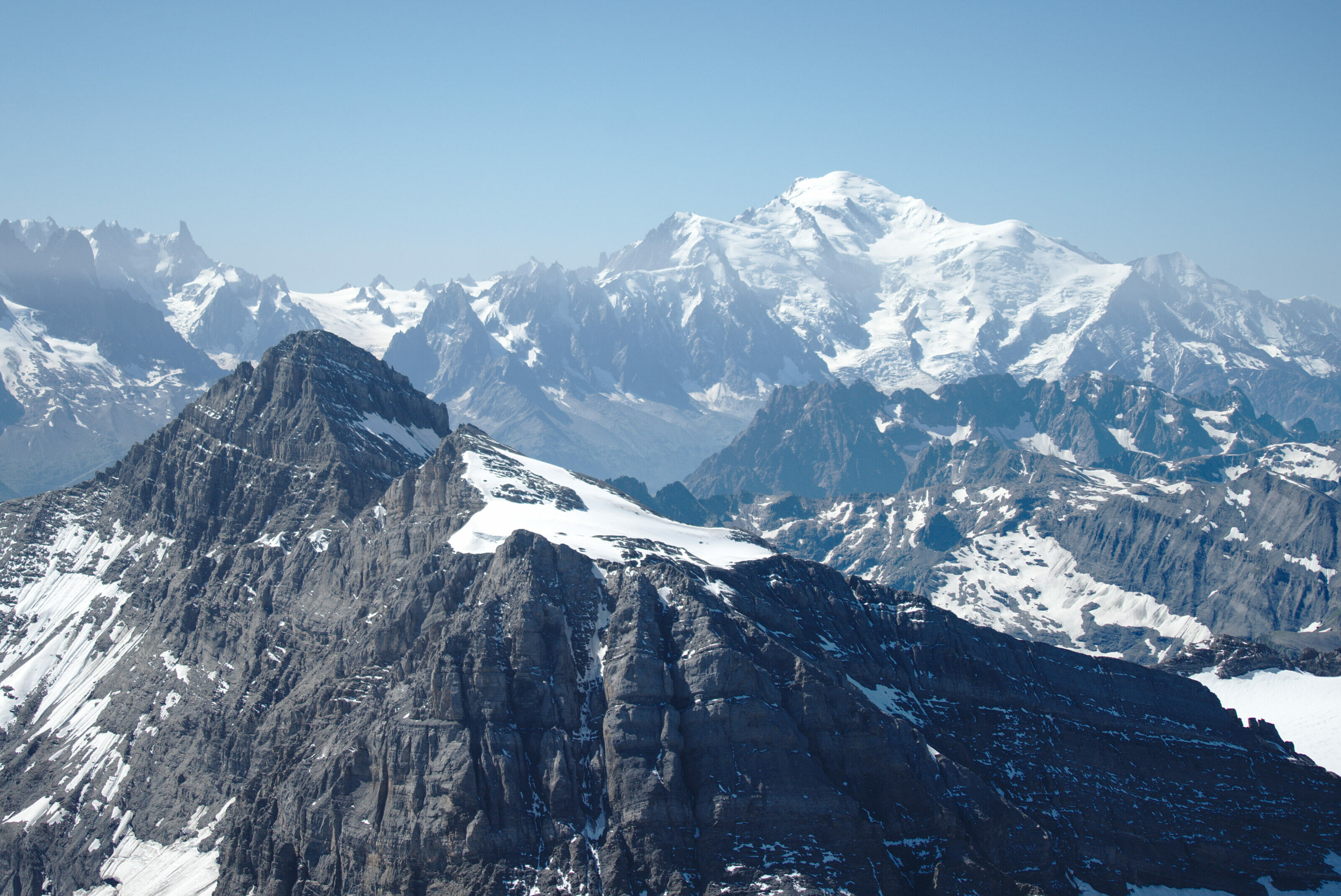 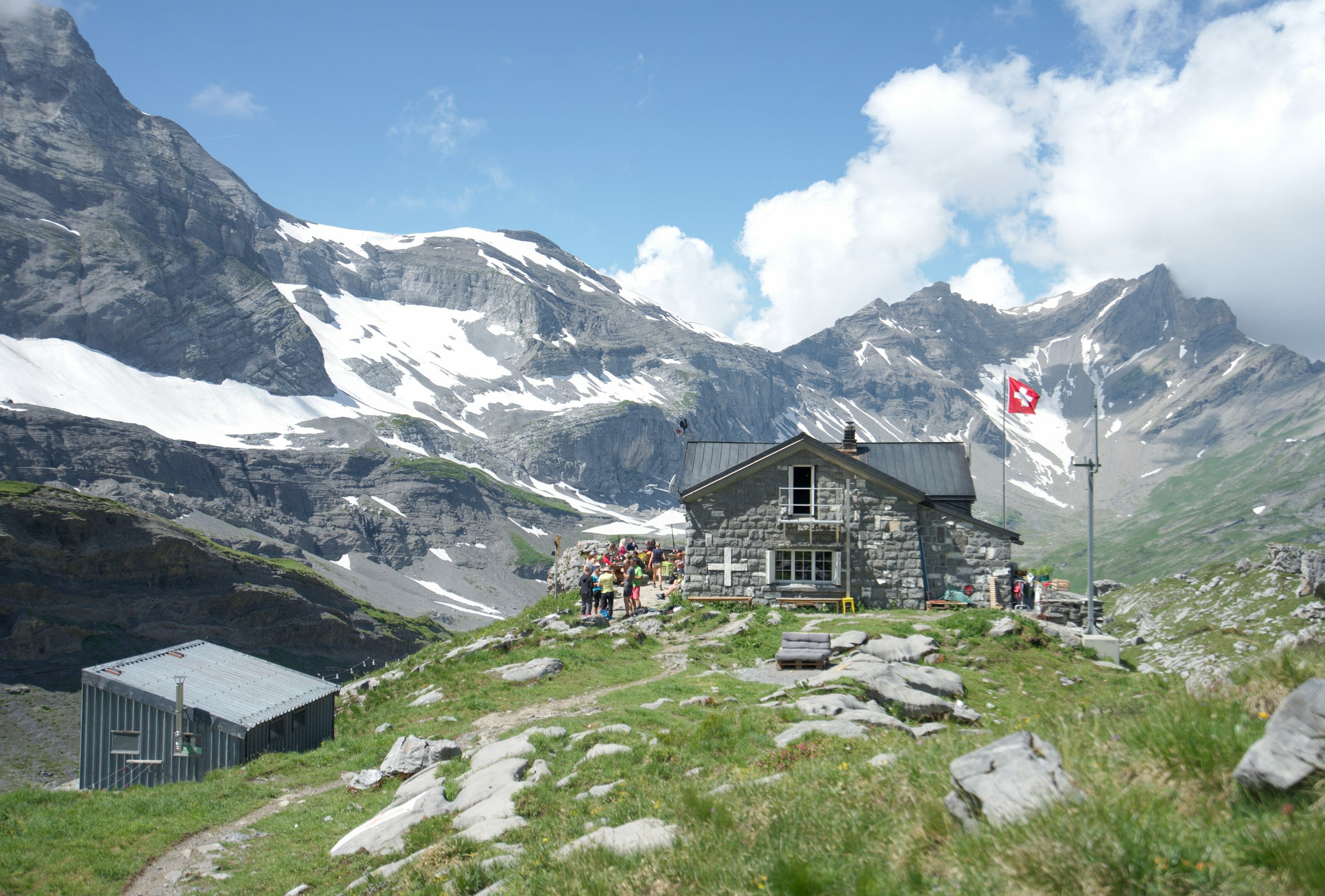 Working in a mountain hut in Switzerland: my experience in Susanfe 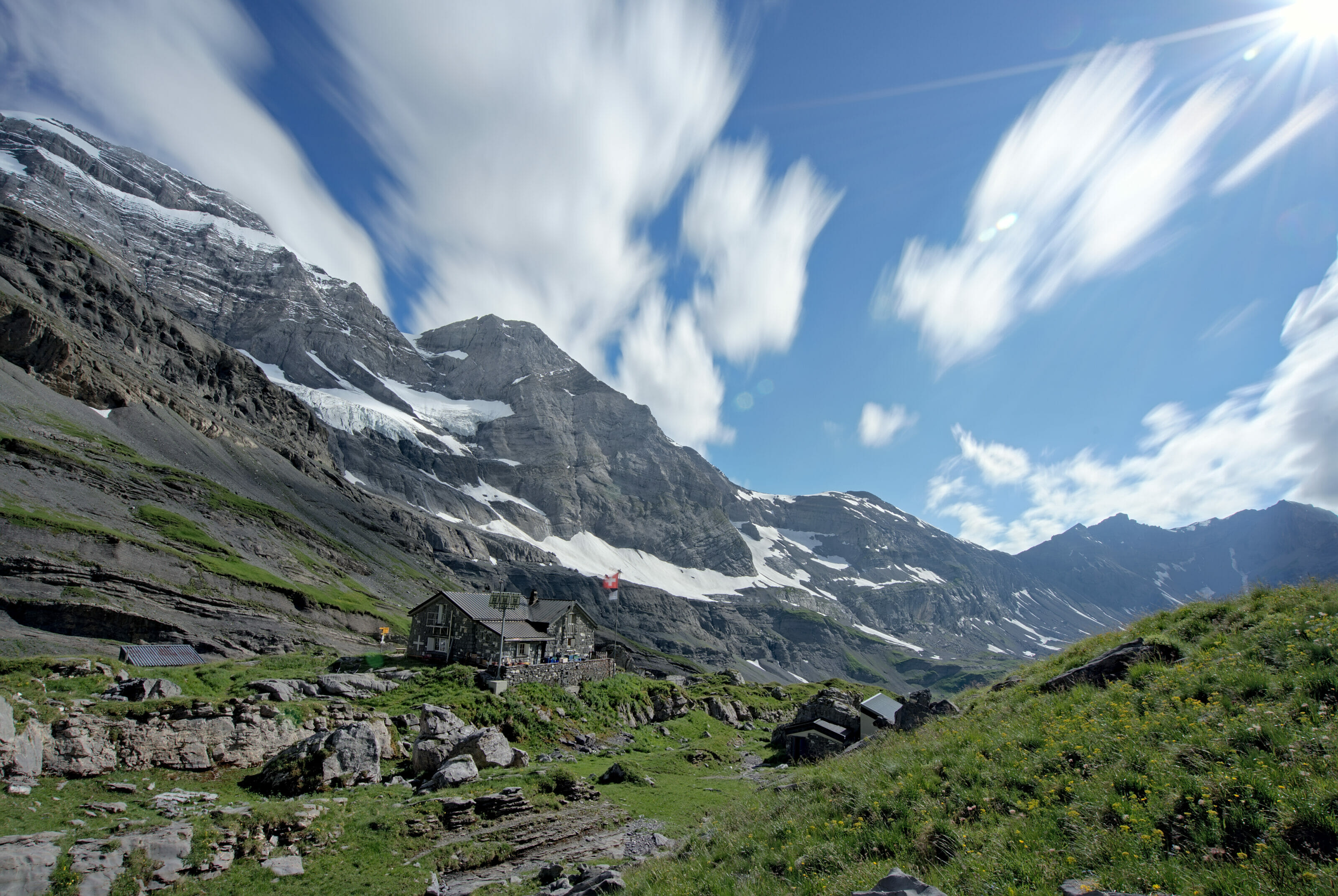