You may know this, but August 1st in Switzerland is the Swiss National Day. 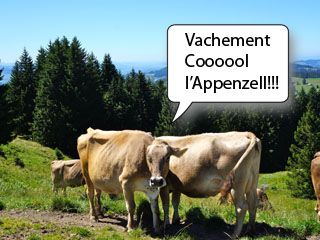 On that occasion, we decided to go to Appenzell. Appenzell is the canton where Fabienne’s grandfather lives and thus we spent a few days there with him.
I must say that I had never visited this magnificent region of Switzerland before and that I had to fill this incredible gap before leaving on a round-the-world trip.

Between a typical national holiday, magnificent hikes and perfect weather, I can assure you that I was not disappointed.

August 1st has a special significance in Switzerland because it commemorates the day when the first three cantons (Uri, Schwyz and Unterwalden) signed the founding act of the Confederation in 1291. It is therefore a public holiday throughout Switzerland and also an opportunity to celebrate.

In addition, this year was a bit special in Appenzell because it celebrated the 500th anniversary of the separation of inner and outer Appenzell. These are two separate cantons in Switzerland, one historically Protestant and the other Catholic. 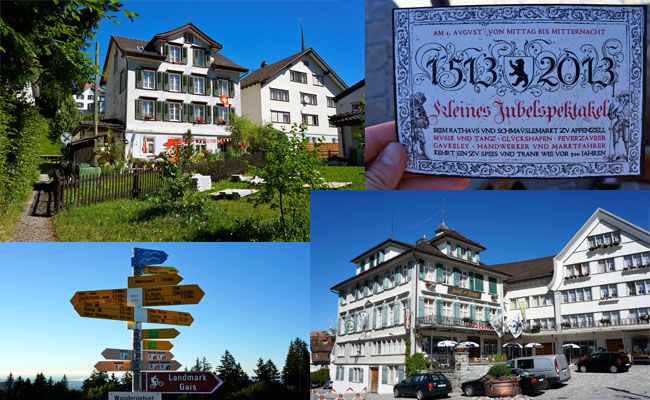 In short, Appenzell this year was “the place to be” to celebrate the first of August.

10am: start of the festivities in Gais 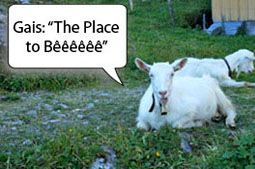 We started the day in the village square of Gais where the aperitif was served in a very Appenzell atmosphere.
For German-speaking names, Gais is the name of the village, but it also means goat. “Beeeeeeehehhhhh”! Besides, it’s no big surprise that we saw a lot of them during these few days… 😉

We were able to taste a beer specially prepared for the event while listening to music typical of this region. The group that hosted the aperitif was composed of a Hackbrett player 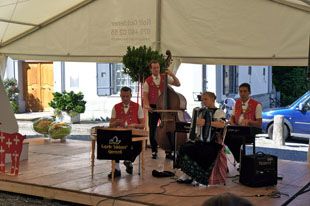 (a typical swiss instrument), an accordionist, a cellist and a pianist, all dressed in Appenzell style. We really loved it! This was followed by a few speeches and other musical events. Finally, all this joyful group moved in procession to the village of Appenzell for the rest of the festivities.

We then decided not to follow the procession in order to enjoy the good weather and take a short walk. So we headed for Gäbris, which is the name of the hill that overlooks the village of Gais. After an hour of climbing through the cows and under a blazing sun, we reach the summit where a refreshment bar awaits us as well as a magnificent viewpoint. From there, we can see the Säntis (a mountain that overlooks the entire canton of Appenzell), Lake Constance, but also the Grisons (canton of Grisons) and Austrian mountains. 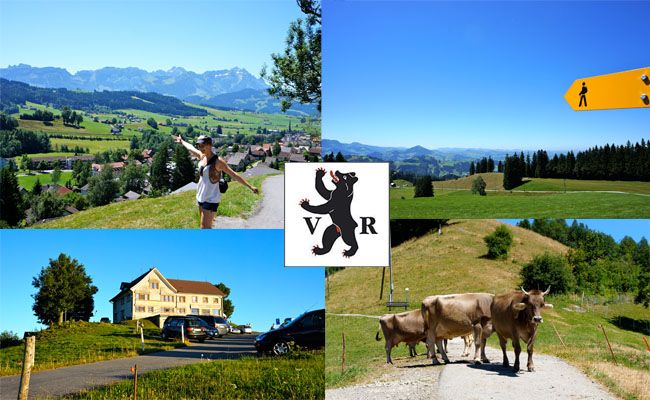 We are delighted! So much so that we decided to book a table at the bar and come back in the evening with Fabienne’s grandfather for the fires on August 1st. We let you admire the panorama with the Säntis in the spotlight (we will tell you about the Säntis again because we finally decided to climb it the next day 😉 )

Update: the article about our Säntis ascent is live

The fires of August 1st

You will see these mountain fires light up for miles around with the fireworks that leave here and there in the background… Moreover, if you are near a large city, you will probably be able to observe magnificent fireworks. Cities generally invest a lot of money on August 1st.

So we go up to the Gäbris (by car this time… with the grandfather…) and sit on the terrace, waiting until sunset, we start a good game of Jass (typically Swiss card game) with a glass of white wine… 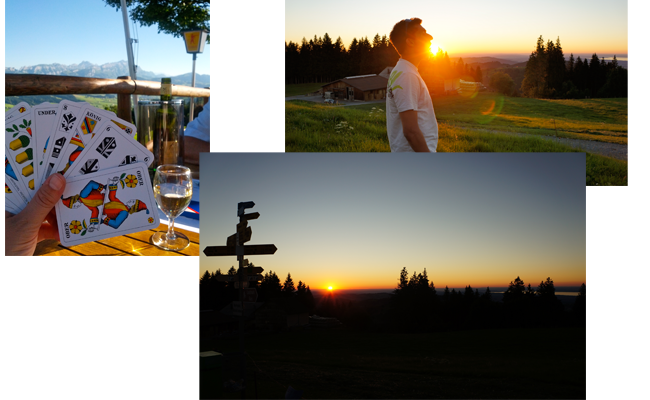 We then enjoy a good meal while watching the sun setting on Lake Constance. With the darkness coming, the excitement of the children rises to the idea of firing the first fireworks. We must admit that we are also delighted that the big fire is lit. In the meantime, we are taking advantage of the other fires that are lit on the surrounding hills. 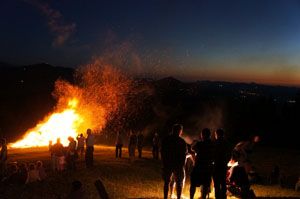 It is 22:17 when the fire is finally lit in the meadow next to the refreshment bar. They had piled up a lot of wood and the fire quickly caught on… its size impresses us! The children finally have the right to light the firecrackers, which is not to please Pepsi (Fabienne’s dog). Moreover, Fabienne will go to observe all this joyful mess from inside the bar (the only more or less quiet place to be with the tetanized dog).
We still enjoy a moment of the show with the grandfather and have a last glass of red wine.

Finally, we loved celebrating the first of August in Appenzell. Everything we see there is in charge of Swiss culture (landscapes, houses…) and has really put us in the mood of the national holiday. But we reassure you, we still have a lot to tell you about the region… See you soon for an article on the ascent to the Säntis!

Have you ever celebrated August 1st in Switzerland?

Hiking Switzerland: from Lauterbrunnen to Kandersteg (Via Alpina) 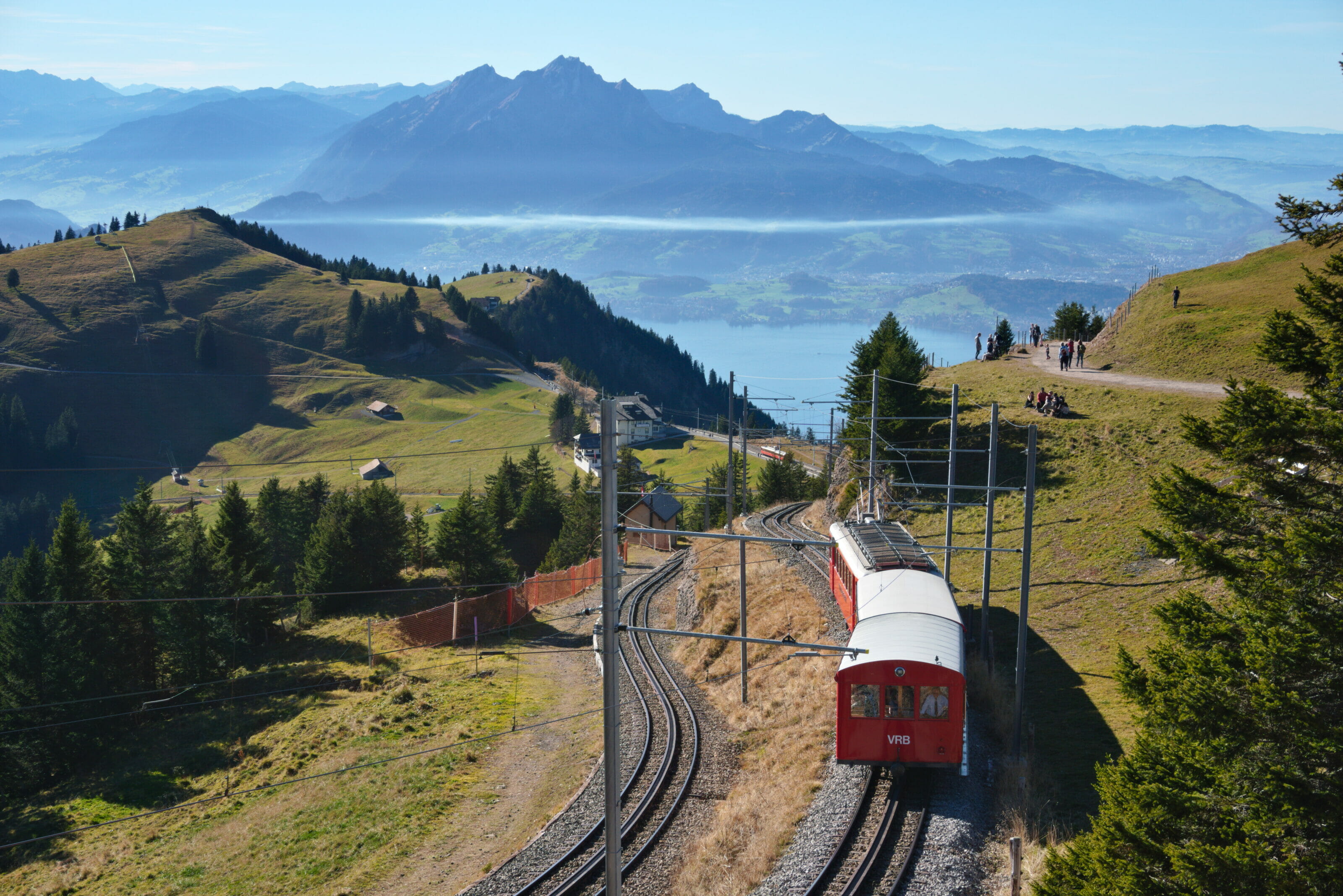 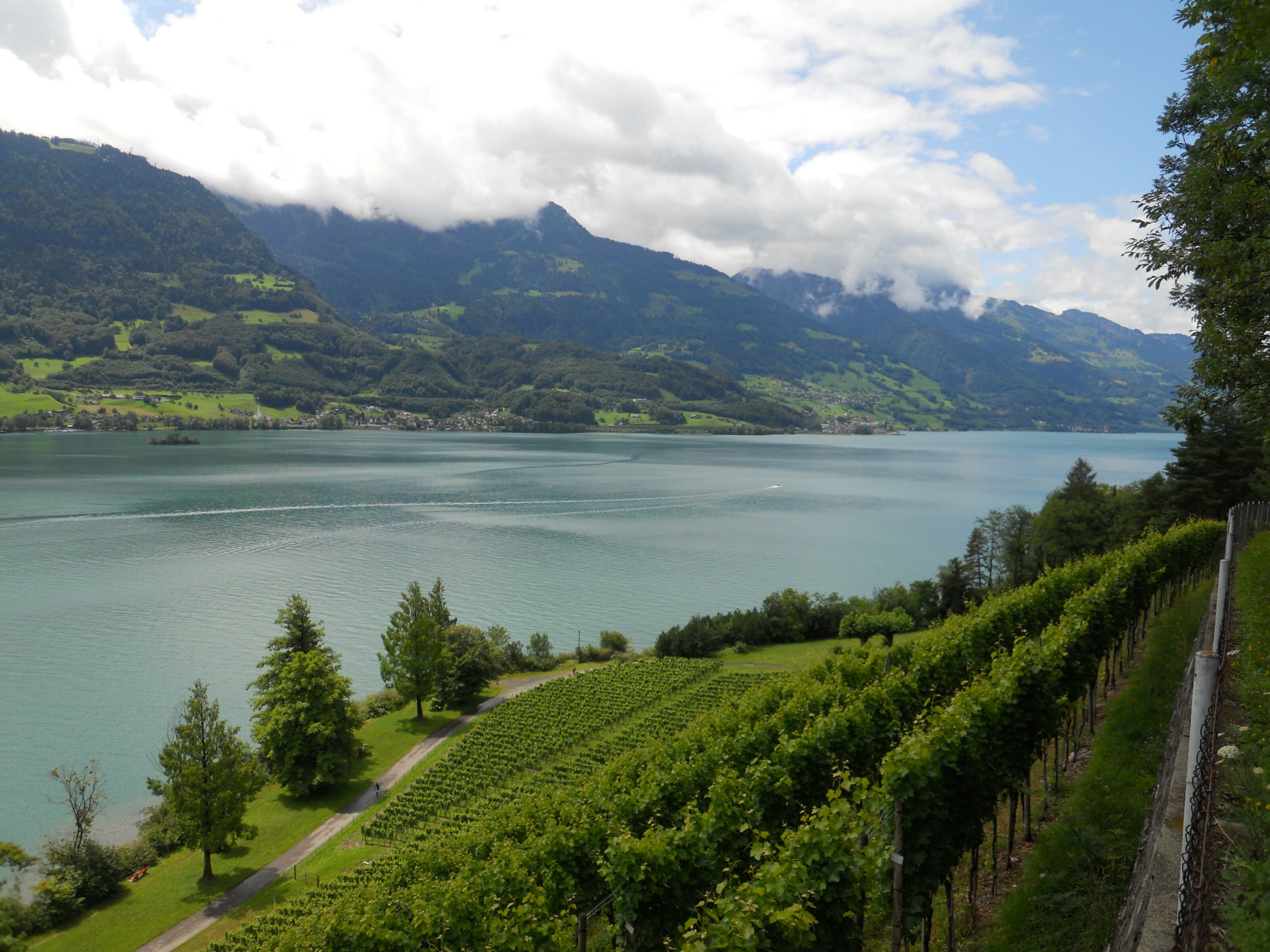 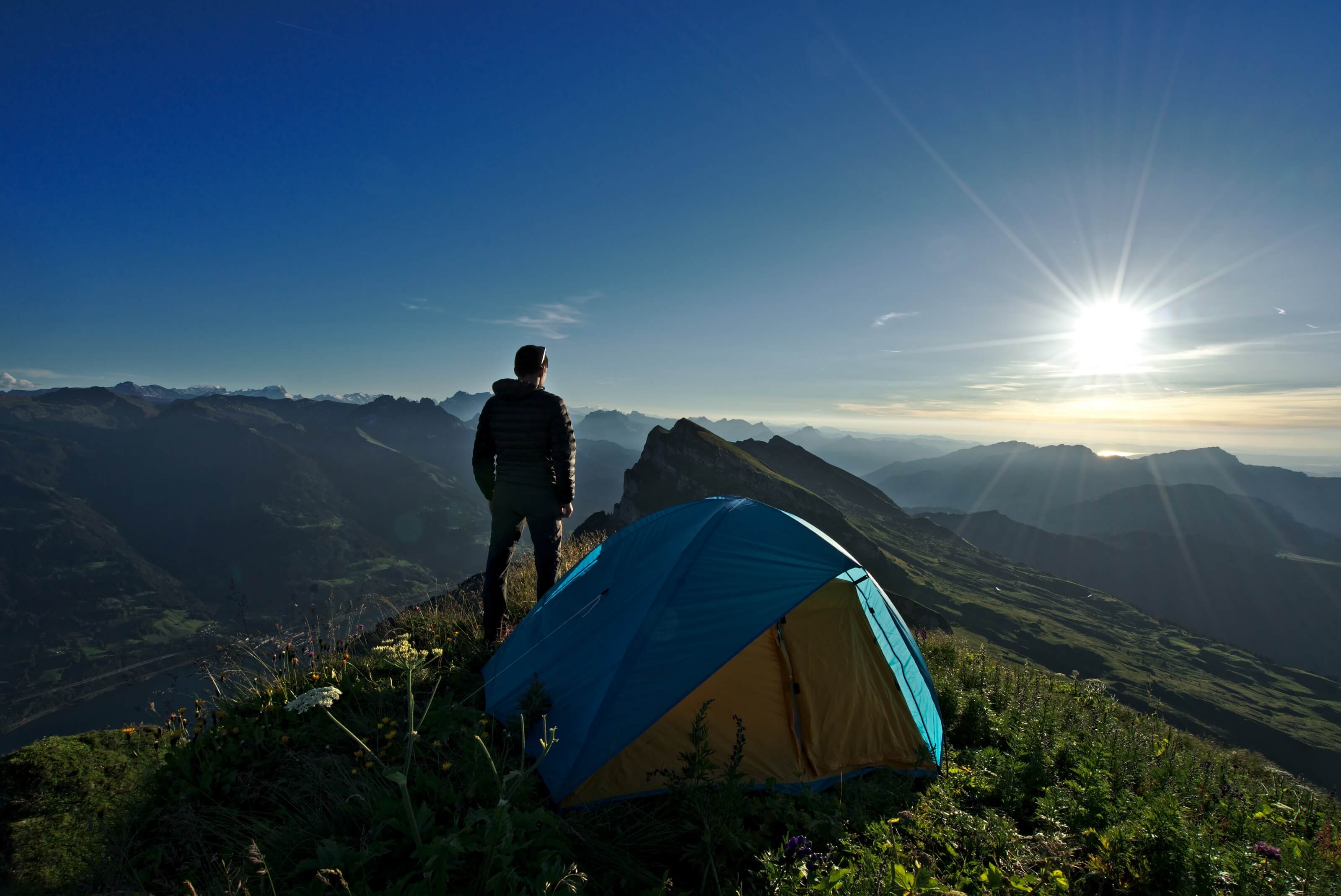 Hike Switzerland: Our ascent to the Säntis, Appenzell 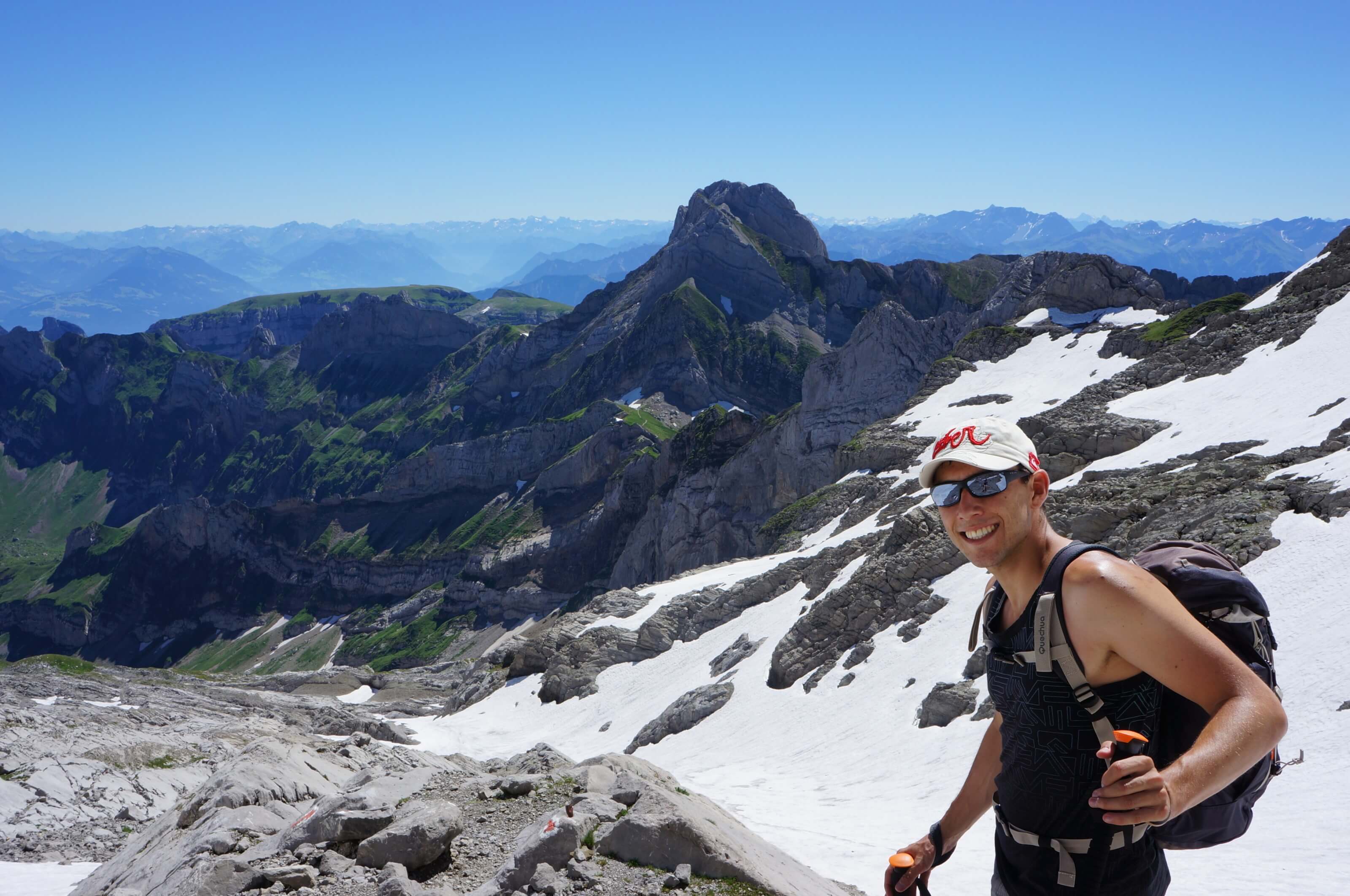