Today I share with you a rather spontaneous article…. On Facebook we were tagged in a post of 2 round-the-world-trippers who were reviewing their situation 4 months after their return (to read their article is over here (in french) ). 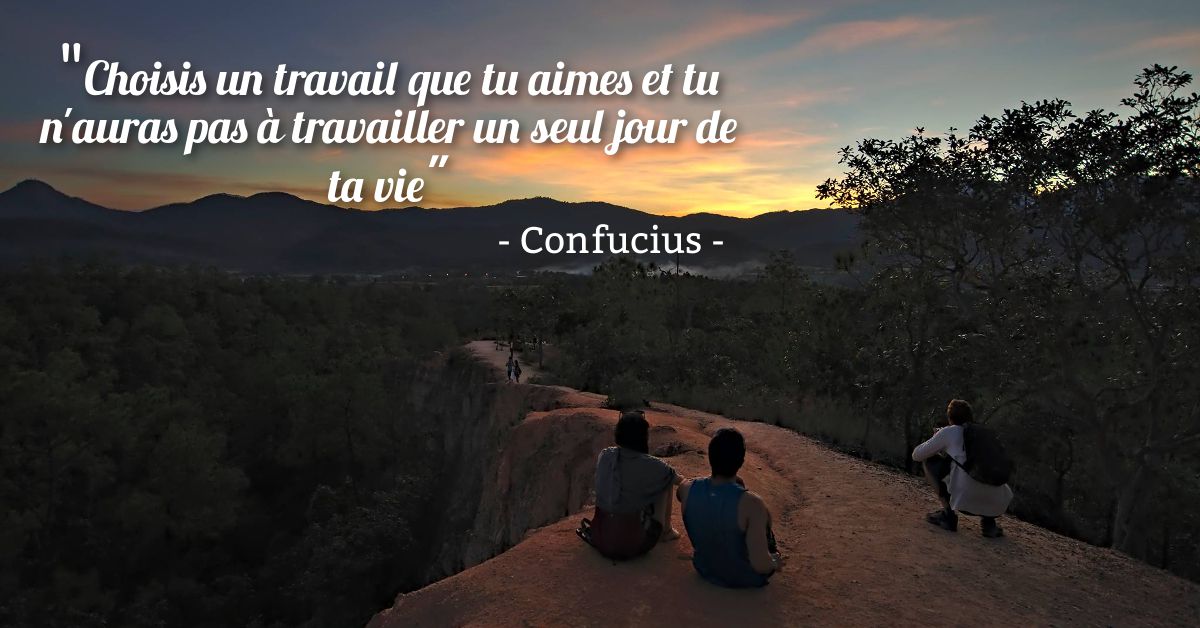 In their article Julien and Anais very accurately describe this little whirlwind in which 2 ex-travellers around the globe find themselves on their way back. Settled in his brand new sofa on his return from his new job, Julien describes quite precisely how we too felt when we returned from our trip around the world.

Memories of the return from a world tour

It’s amazing, these few lines were written less than 2 years ago and yet they already seem to be so far away from us. Today it is installed in our small apartment in Thailand that I am writing these lines, quite precisely 18 months after my assessment of the 6 months after return…. So many things have changed, but in the end, if you read between the lines, they were predictable. 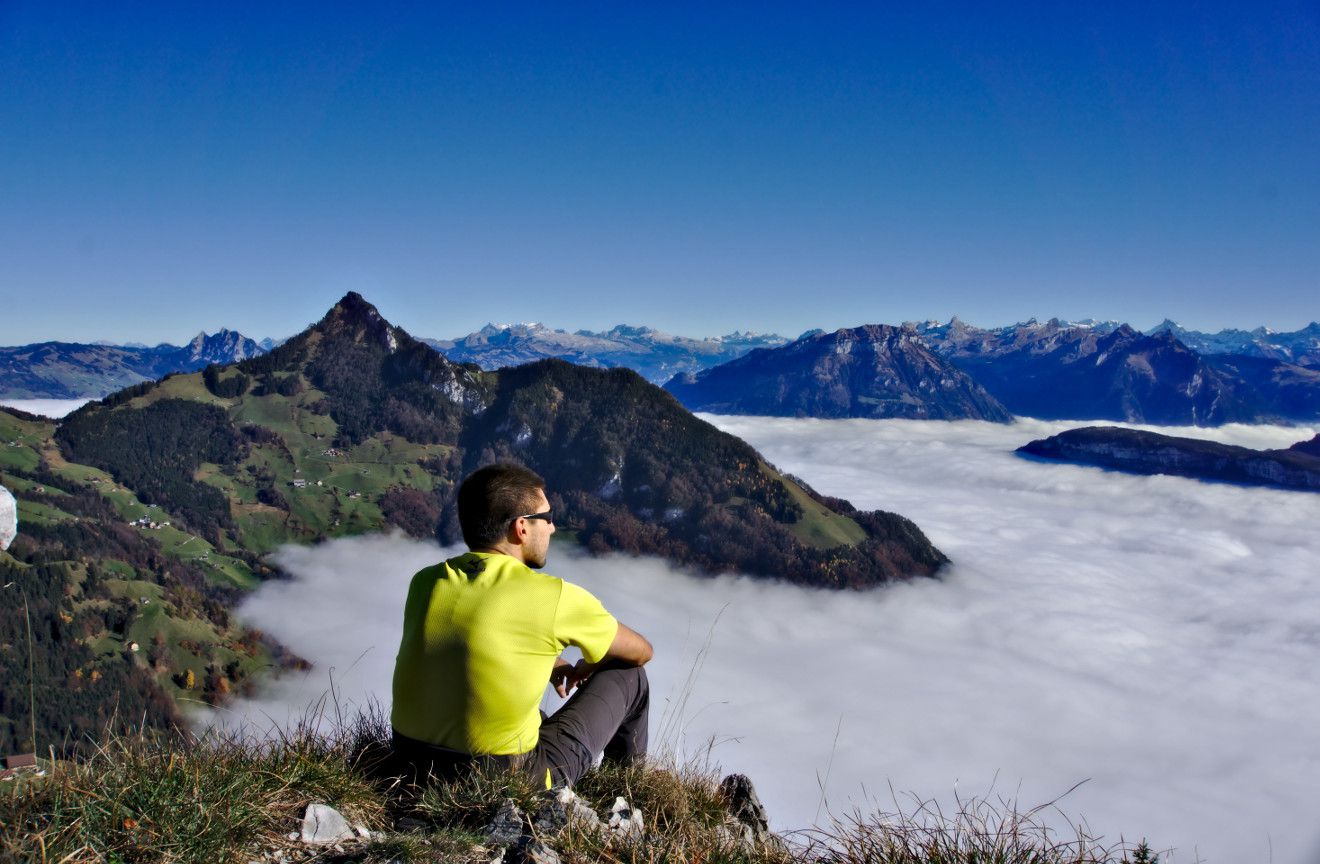 When I read these articles again I smile to my ears because without knowing it we were already giving signs that sedentary life and we weren’t going to do it for long. In his article Benoit already questioned what we were going to do with our freshly acquired furniture and I was already formulating some initial thoughts about the desire to create my own company and geographical independence.

So the first good news is that Benoit’s doubts were unfounded. We had as much satisfaction selling our furniture (and all the appliances that go with it) as we had to drink with our colleagues at our departure party after 18 months spent in the company.

With hindsight, our return we do not regret it at all, in fact I will go even further by telling you that it brought us exactly what we needed: 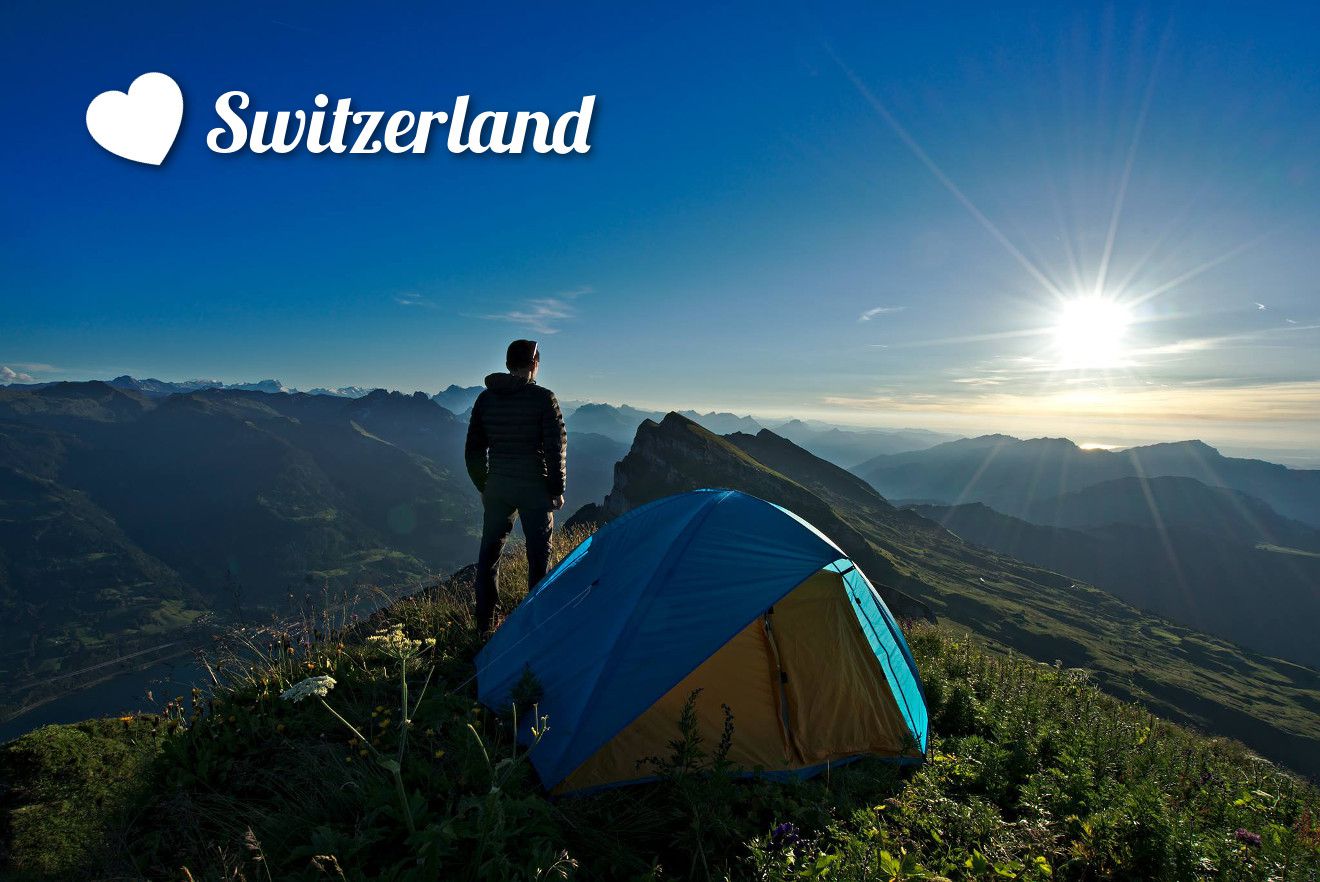 But the most important thing that this return has brought us will probably remain the confidence to embark on new adventures!

Why did we leave, again?

I think our loved ones have finally gotten used to it…. When we announced to everyone at our wedding that we had just resigned, we were given a few surprised looks, but the vast majority of our guests simply smiled! 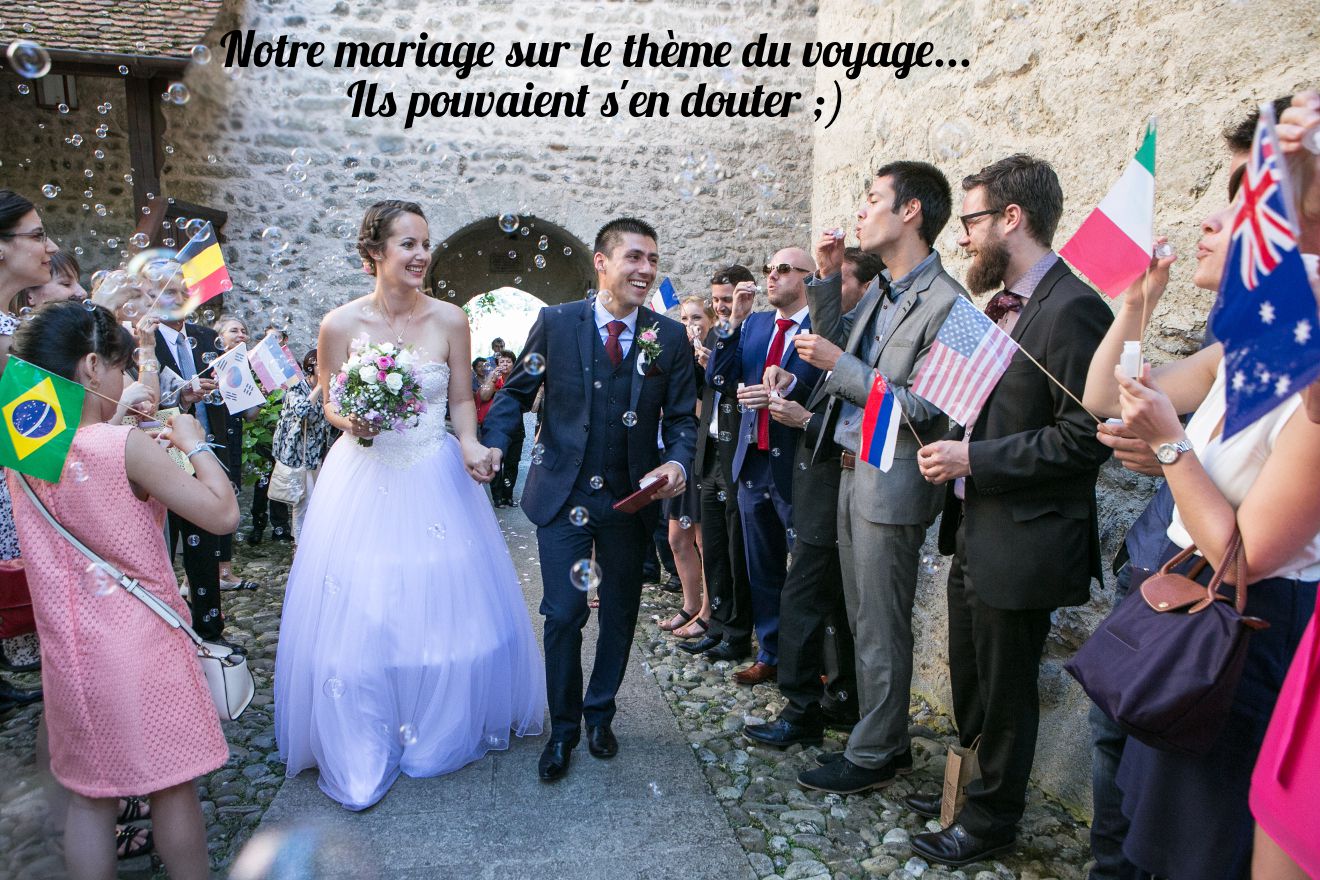 Most of them knew us well enough to know that the news we had planned to tell them at mealtime would not be plans to start a family. At the same time if some had hopes of us announcing pregnancy they had to be disappointed when they saw the bride at the aperitif… 😀

If we have left it is not so much because we want to travel at all costs, in fact travelling is more a way of giving us the means to do what we love. 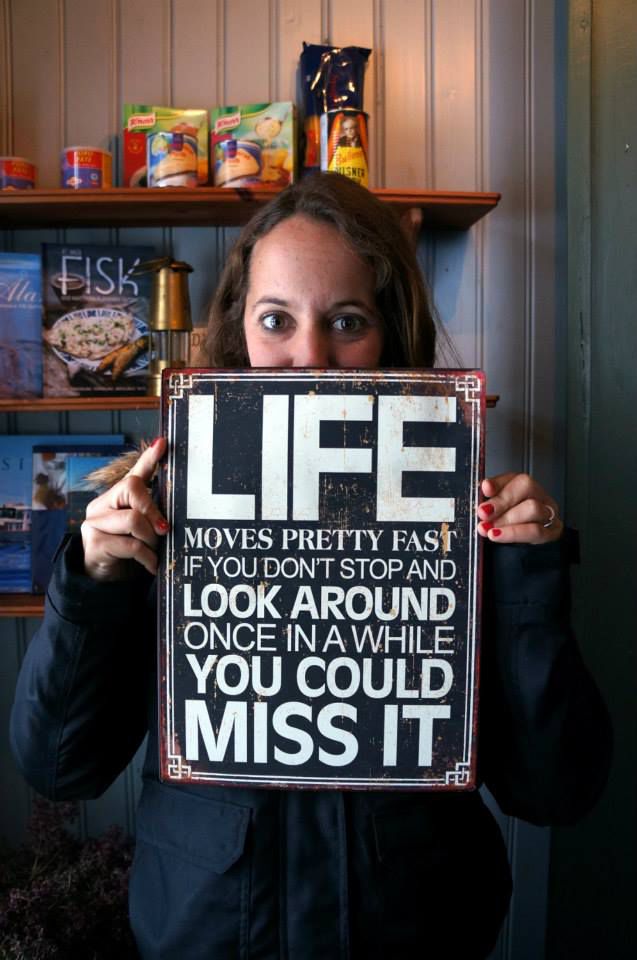 Doing what you love, the priority

Don’t misunderstand us, I’m not telling you that we don’t like travelling, quite the contrary! But at the moment our priority is not to discover new regions but to have the time to develop new skills.

We didn’t leave because we didn’t want to work anymore. We left because we wanted to work on what we love.

Living in Switzerland, with the associated costs of living, we could never have had the luxury of taking several months to develop new knowledge and embark on our heartfelt projects.

It is far too early to make a real assessment of this new adventure, at least on the entrepreneurial side…. But we’re still going to try! After all, at worst it will probably be a report that will make us smile when we read it again in a few months as it was the case with our reports from around the world… 😉

Many of you are asking us what exactly we are doing… hehe you are curious! So if we sometimes remain a little vague on the subject, it is not because we have things to hide, but because we are also making some progress. We have dozens of projects and ideas, some really viable, others more eccentric!

In order and disorder our days are busy at: Write articles on the blog, develop websites for clients in Switzerland and France, try to improve in photography and video, offer a complete facelift to Novo-Monde, freelance translation, try to understand the labyrinths of administration that comes with entrepreneurship, consulting in web presence for clients, and another big project we will talk to you again in due course !

The first observation is irrefutable, we are undoubtedly working more today than when we were employees.

The concept of week and weekend has completely left our vocabulary. We work on weekdays, weekends, during the day, in the evening (and sometimes at night for me), it doesn’t matter.

Sometimes 15 days in a row when we have a lot of things on the way and sometimes we don’t work because the weather is nice or simply because we have decided to go to Singapore for 5 days or to do a scooter loop in northern Thailand.

What happens next? When are we going to end up buying furniture?

When I think back to the torture that it was for Benoit to go to Ikea’s when we got back, I don’t think I’m getting too far if I tell you that our next Expedit and Pax mounting adventures aren’t yet for tomorrow! haha 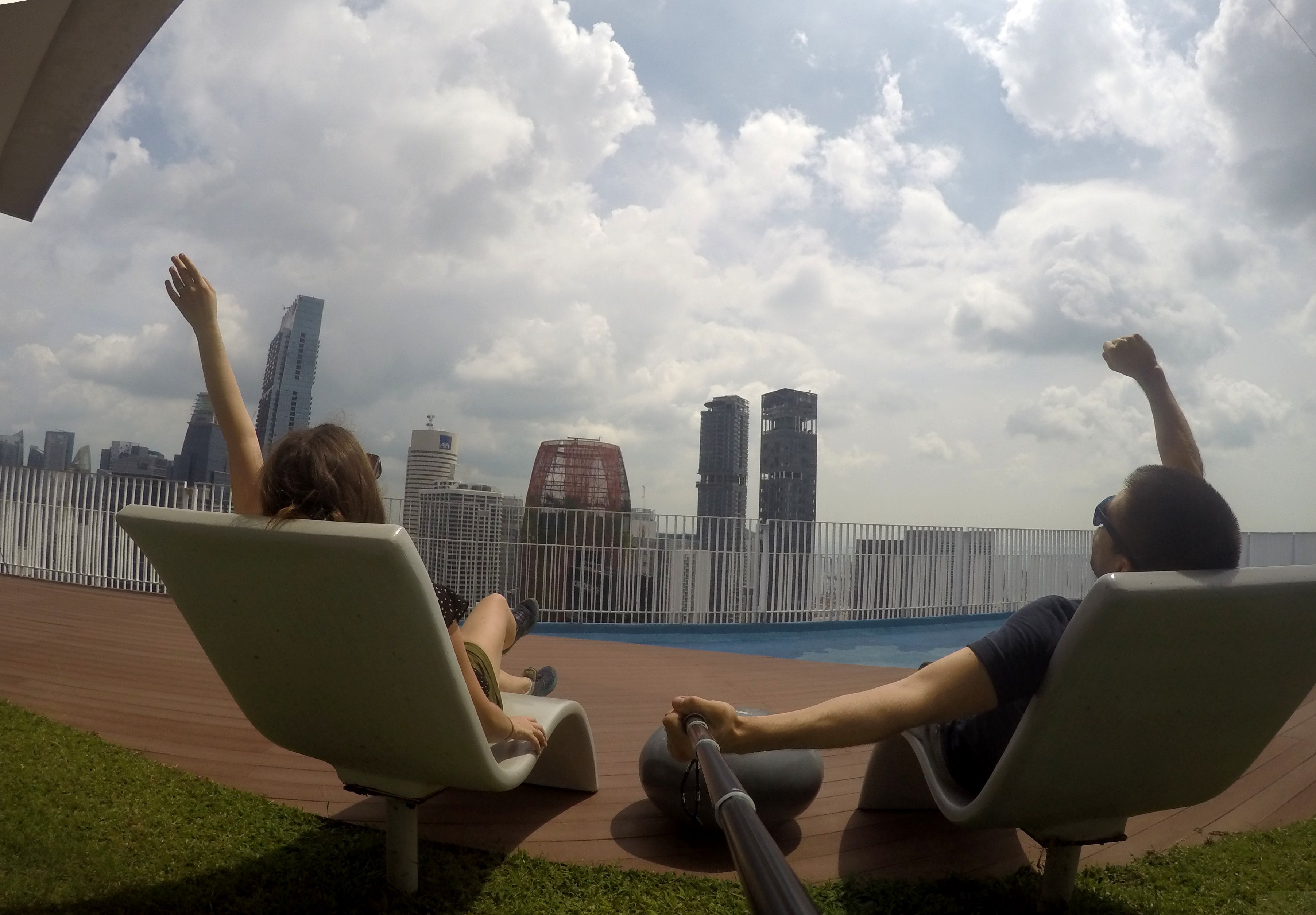 If there is one thing we realized when we returned home, it is that owning furniture will have given us much less satisfaction than we would have thought…

At the end of our world tour I imagined that finding my 72 handbags and almost as many pairs of shoes would fill me with happiness (yes, I had what is called a problem when it comes to bags and shoes). In the end, nothing of the sort will have been the case!

Moreover before our round the world trip I had carefully packed all this in boxes with the certainty of finding them on the way back. This time I also made some boxes, but much less… A lot of things have been sold or donated!

Digital nomad: A fairly normal life, all in all

Our lives have changed enormously, but in the end, not having a home does not prevent us from having a certain normality in our daily lives. If you follow us on social networks you most probably see our escapade photos pass by, but I reassure you that our daily life is also damn normal, even while living on the other side of the world.

We eat müsli for breakfast, we clean up our apartment, we go to the supermarket, we go to the movies, we spend a good ten hours a day in front of our screens, we do sports, we meet travellers as we used to go out to see friends, we make new friends, Benoit gets grumpy when I make a mess in the bathroom, we spend evenings on our balcony with a glass of wine in our hands… You see, not so many changes!

For the rest we decided to let ourselves be carried away by the wind and the opportunities and frankly we have no idea where we will be at the end of this year!

What we do know is that we will stay in Asia for another 2 months before returning to Europe for spring and part of the summer. Between April and September we will probably travel between Switzerland, France and Spain. We will probably go for a bigger trek or rent an apartment for 2 or 3 months somewhere in Spain or try house-sitting…

House-sitting, a desire for pets

My desire to try house-sitting is mainly motivated by the desire to spend more time with a pet again. I have always lived with cats or dogs and if there is one thing I miss since we went around the world it is to no longer have a living environment that allows me to have a little fur ball to cuddle (no, to those who would allude: Benoit is not hairy enough for that!)

By the way, if you know someone who knows someone who is looking for babysitters for theirtheir pets for a few weeks or months, don’t hesitate to think of us!

as you can see, everything is still open.

And that’s exactly what we were looking for and what we love. We know that we will continue to work on our projects that are close to our hearts. Where we do it ultimately doesn’t matter to us very much at the moment.

In short, it is 100% happy that we are finishing this first little review and that we are looking forward to seeing you again for a new year that promises to be rich in changes and that will still reserve some surprises. 😉 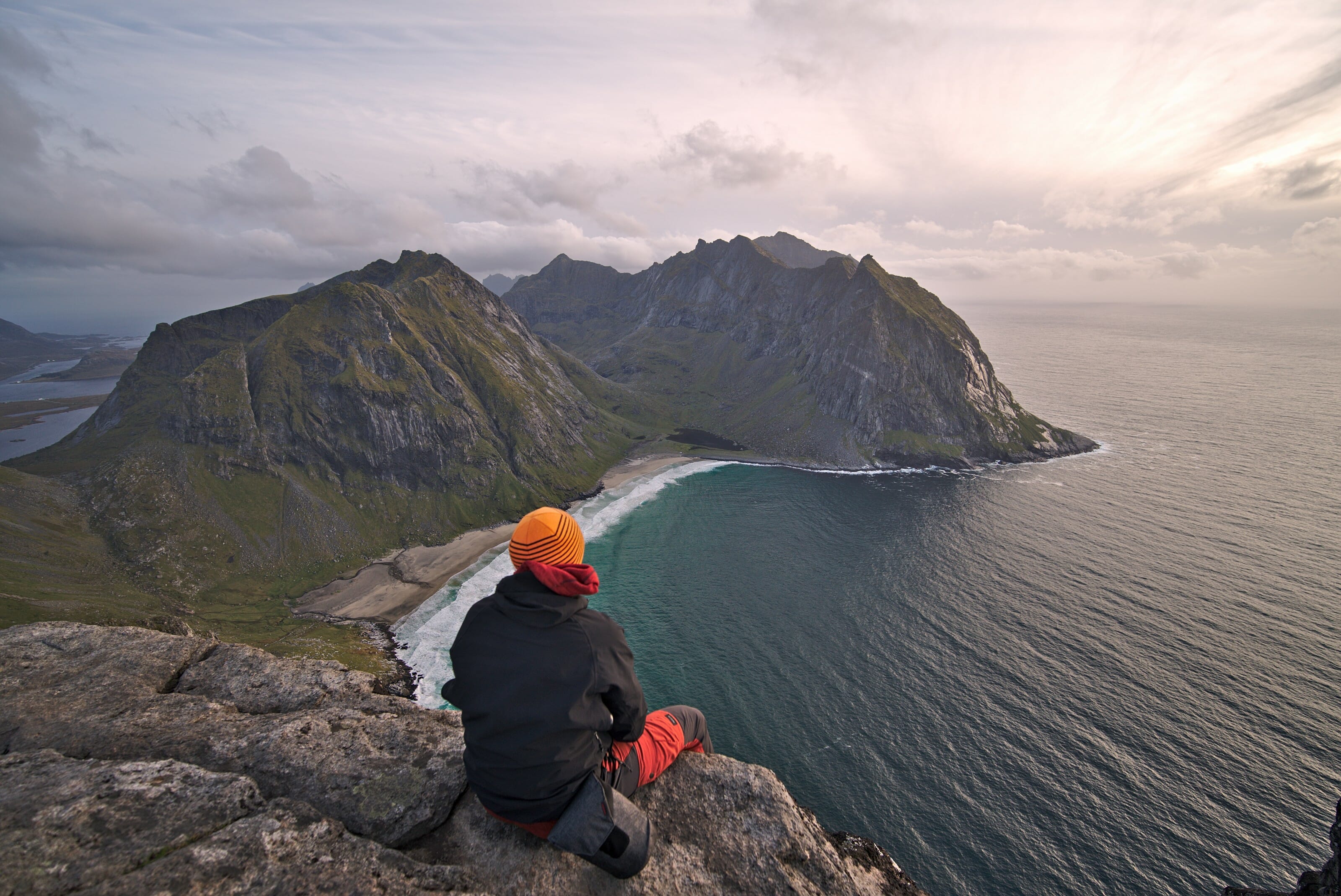 Our 2019 blogging Year in Review, Novo-Monde 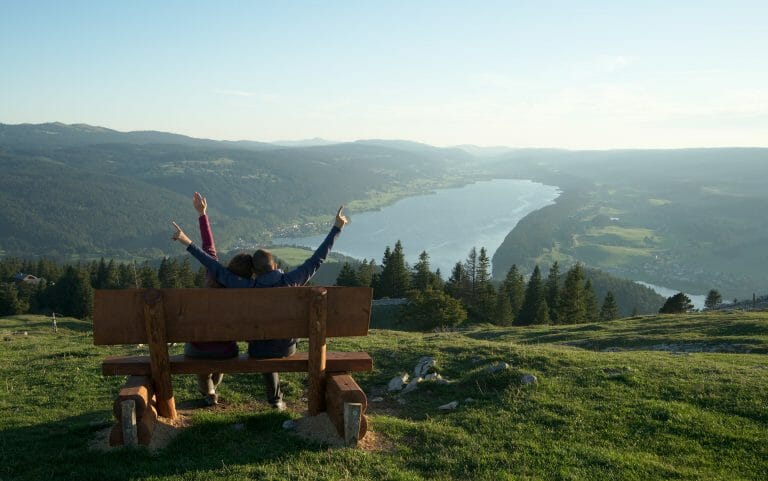 A look back at our year 2018 in pictures and numbers 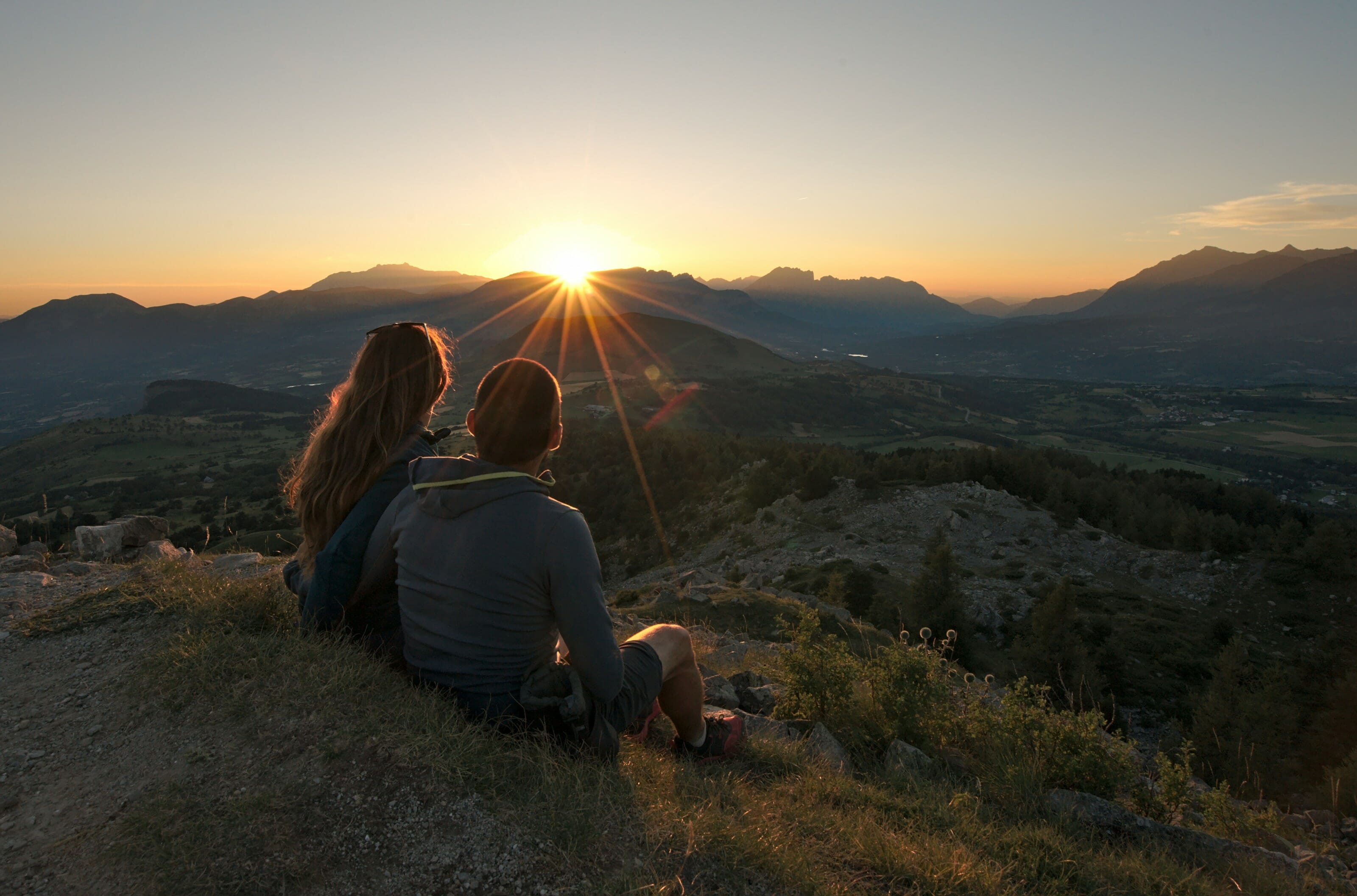 Nomadic lifestyle…. Its advantages but also its disadvantages 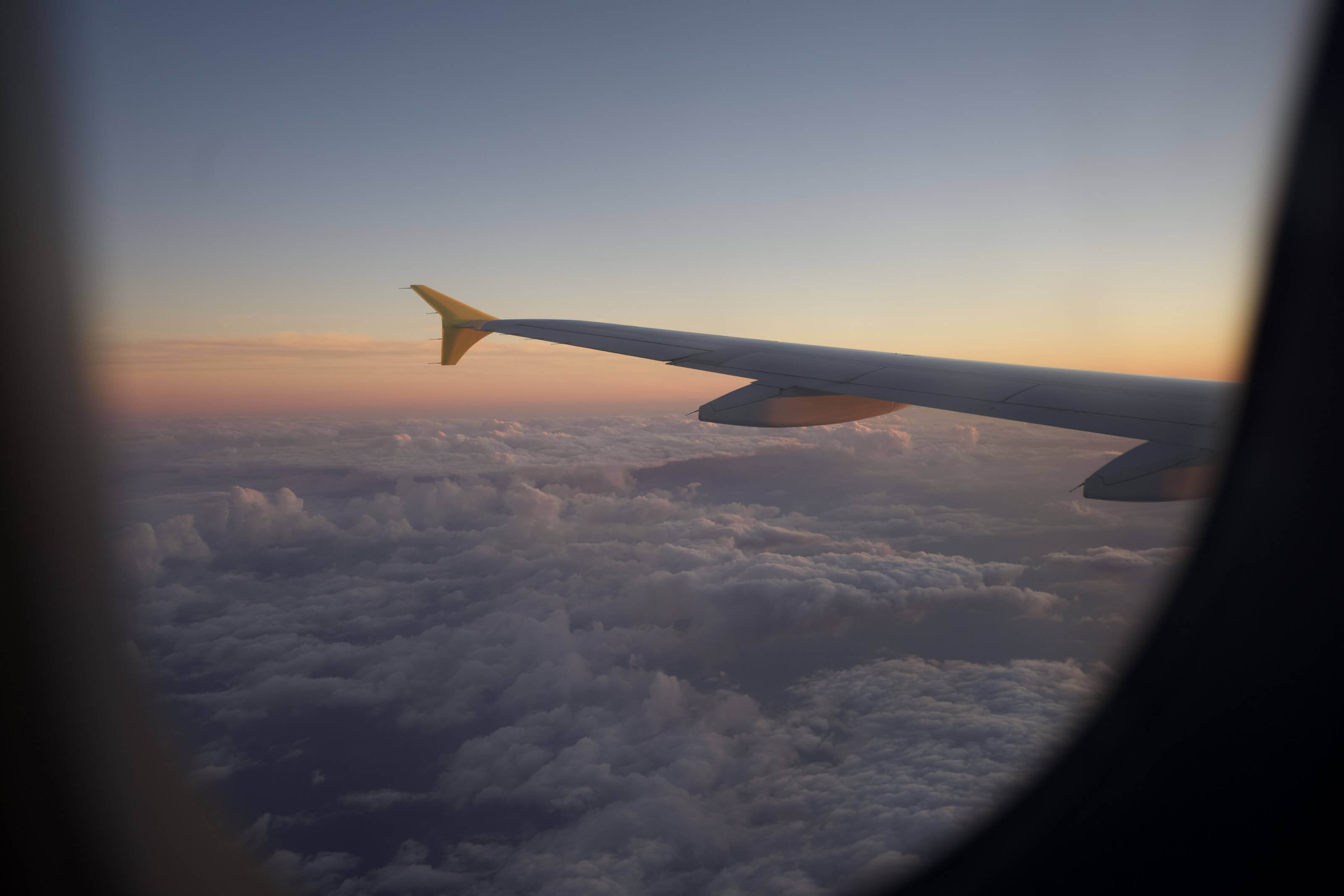 Today I am turning 30… and I just quit my job to adopt a nomadic... 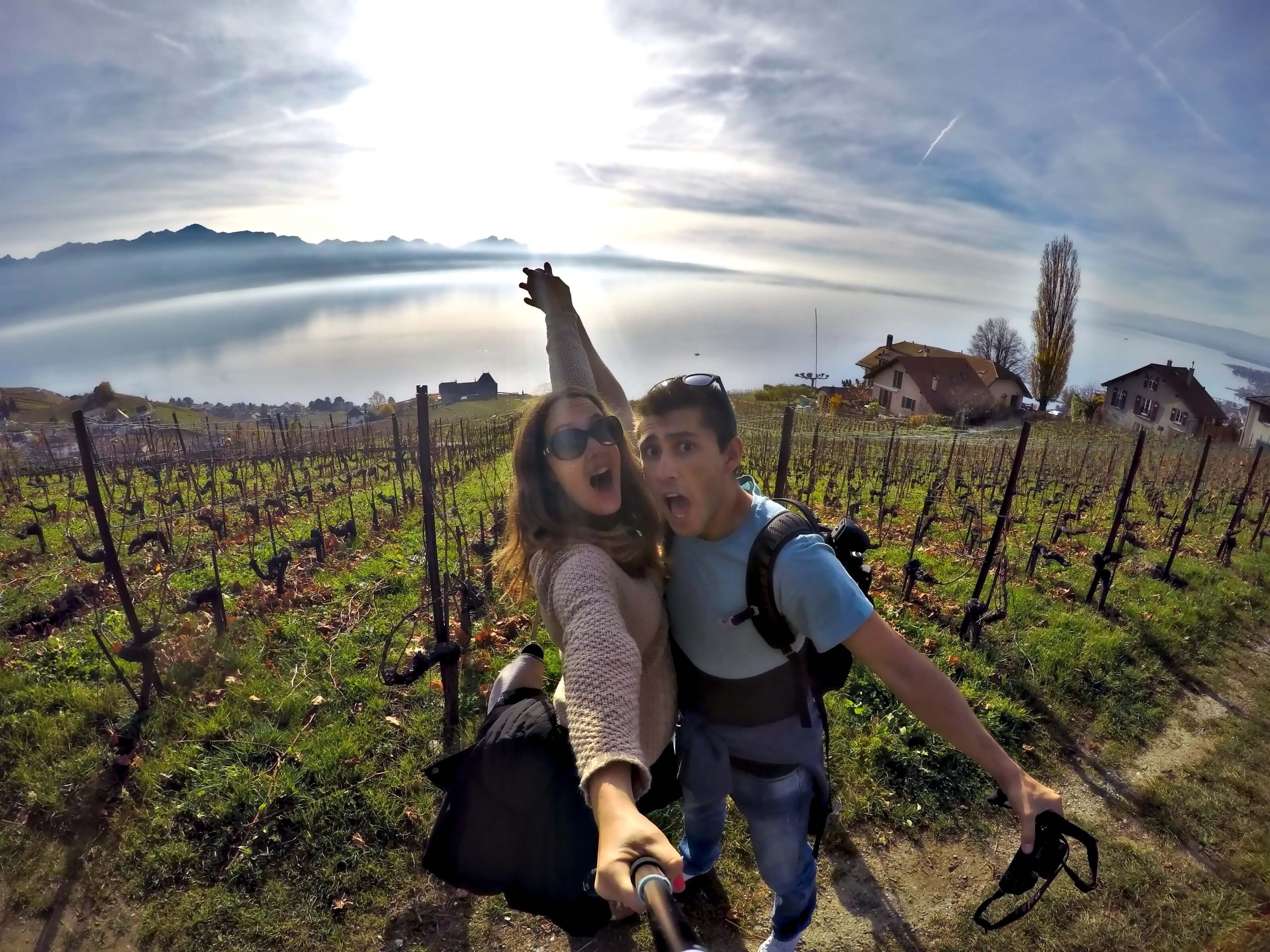